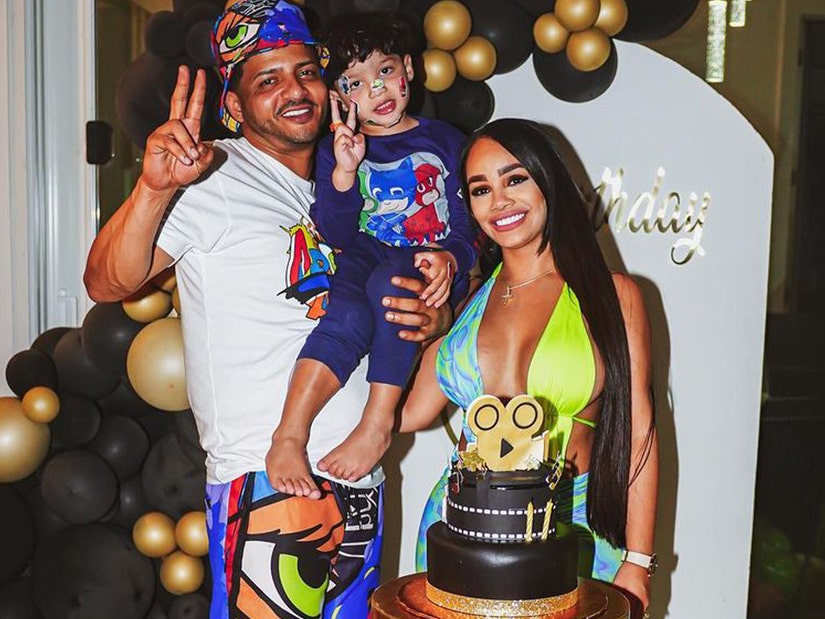 "THANK YOU FOR YOUR GOOD VIBES ALWAYS!!" wrote J Balvin, "Rest in peace."

Puerto Rican musician and music producer Flow La Movie and his family were among the dead after a private jet crashed en route from the Dominican Republic to Florida on Wednesday.

Real name José Angel Hernandez, 36, was traveling with his partner Debbie Von Marie Jiménez Garcia and their 4-year-old son Jayden Hernandez, who both also died in the crash.

According to reports, the jet attempted to make an emergency landing shortly after takeoff from Isabela International Airport and crashed at the nearby Las Americas International Airport. Nine people in total -- 2 crew members and 7 passengers -- were killed, according to the aviation company Helidosa, which published a statement to Instagram following the crash.

Other artists on his label include D.OZi and Xound -- while he also produced songs for artists including J Balvin, Natti Natasha and Don Omar.

J Balvin shared a tribute to Instagram, posting, ""José Ángel THANK YOU FOR YOUR GOOD VIBES ALWAYS!! Rest in peace."

Don Omar also paid tribute to the late producer on Instagram, sharing a photo of the two together with the translated caption: "Sorry for your loss and that of your family. Thanks for the opportunity to collaborate. Fly high, see you later."

Jay Wheeler shared photos and videos of the two together to his page as well, writing, "rest in peace brother, thank you because from the beginning you trusted me and gave me your hand," adding the two shared many funny memories together.

Meanwhile, in its statement, Helidosa said the accident caused the company "great pain and sorrow," before asking for support for the families of the victims. "We ask our almighty God to give the strength to the family members of its passengers and pilots in the plane, and that God may take them in heaven and that their souls find peace,"