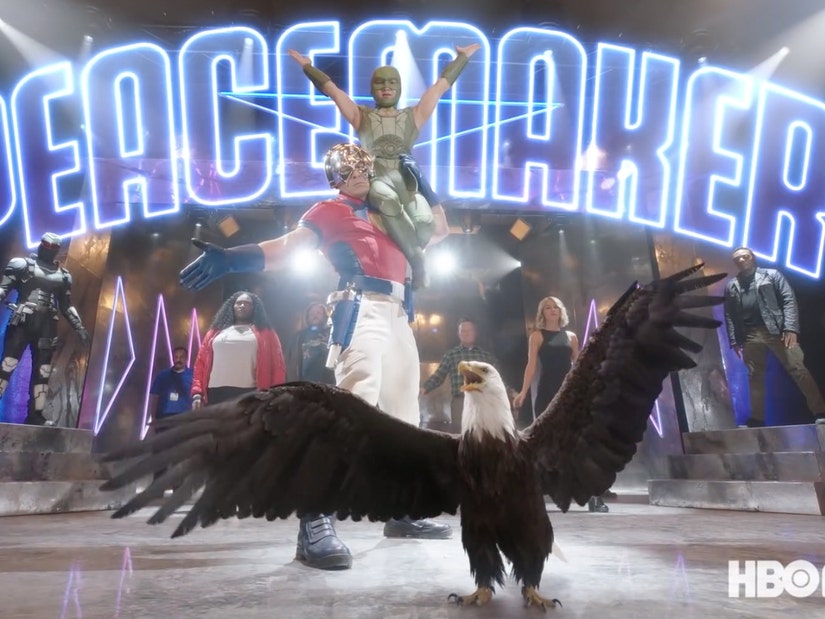 You won't be reaching for the Skip Intro button on these.

Leave it to James Gunn to come up with one of the best title sequences in TV history for his new "Suicide Squad" followup series "Peacemaker."

Starring John Cena as the titular anti-hero and picking up a few months after the events of Gunn's 2021 "Squad" film, the series starts with a dance number that is being hailed as nothing short of genius all over social media.

Instead of simple credits listing the stars and crew involved, the opener for "Peacemaker" highlights the entire cast doing a choreographed dance to Wig Wam's "Do Ya Wanna Taste It" -- a nod to the titular character's love of hair metal in the series.

Cena, in full costume, is joined by the rest of the show's roster -- who also show off their moves in character. Thankfully, HBO Max dropped the full video online, so those who maybe haven't tuned into the show on the streamer yet can check it out -- and be inspired to binge the first three episodes currently available after.

Speaking with Rolling Stone, Gunn shared that he ripped himself off with the idea -- which he first put into play on the 2010 superhero film "Super," albeit animated.

"I love having dance sequences and having fun with it and I wanted something in the beginning of this show that was going to be different and fun and make it clear that we were going to be a different kind of superhero show, that we didn' have any rules in place, and that would say something about the creative approach and tone," added Gunn, who also helmed the "Guardians of the Galaxy" films for Marvel.

Gunn said Cena definitely "needed help" when it came to pulling off the choreo -- and "would take a few more tries than some people" to pick it up.

Choreographer Charissa-Lee Barton came up with the routine --and even enlisted the help of actor husband Alan Tudyk ("Resident Alien," "Firefly") to show Gunn what she had in mind by sending videos of him performing the dance in their kitchen.

It appears he was also able to come to set while they were filming -- and acted as Cena's stand-in!

"We're just thinking about how we’re going to up our game in Season Two," added Gunn.

The first three episodes of "Peacemaker" are streaming now, with new ones dropping every Thursday.