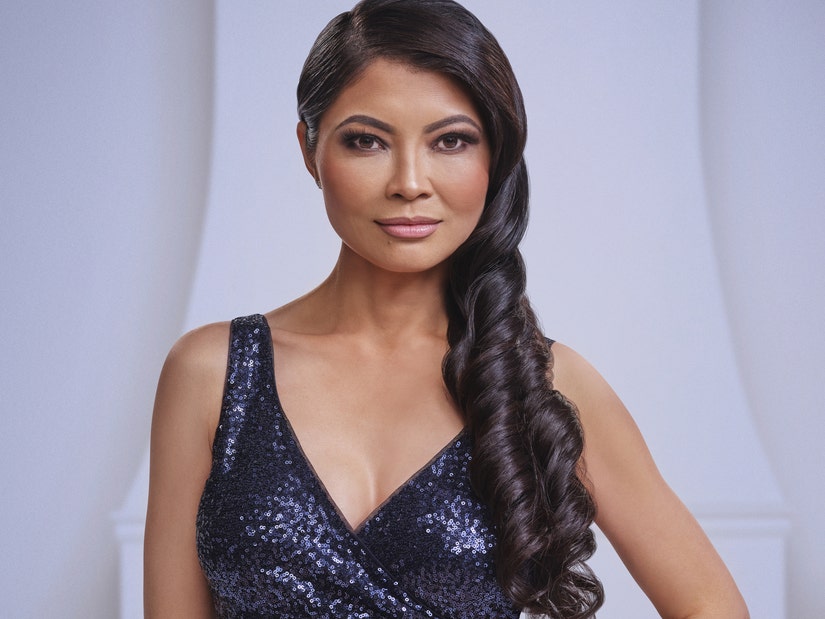 "There are many serious discussions happening right now."

First, he clarified that Sunday night's "Watch What Happens Live" was pre-taped last Wednesday, as he responded to viewers being "very upset about the lack of discussion" relating to "Jennie's disgusting and upsetting posts."

"I've also seen all the tweets wanting to know what's being done about those posts. I just wanna say in case anyone doesn't realize it, there are many serious discussions happening right now about everything," he added.

"I can't address the situation right now but it will be addressed very soon," he concluded, "and thank you for your patience and the posts were very upsetting, rightfully, and disgusting. So, there you go."

His comments come after Barlow and Heather Gay issued statements condemning Jennie's posts over the weekend.

"I can finally speak out today and I want to say that I am deeply shocked, saddened and disappointed by the blatantly racist and derogatory statements reshared and liked by one of my fellow castmates," wrote Gay on IG.

"There can be no heaven in this world for hateful anti-black and violent rhetoric. It is up to all of us to do the work of anti-racism and educate ourselves on the experiences of others," she continued. "I am constantly learning and want to use this platform to lead with love and empathy while condemning actions of ignorance and racism. BLACK LIVES MATTER and I will never stant beside or support anyone who says otherwise."

Barlow wrote, "My heart is very heavy right now. I feel true hurt and disappointment by the posts that surfaced this week. I do NOT condone, nor am I aligned with them."

"The posts were harmful and hurtful to a community I love. Working for change is constant; it's something that I personally work towards daily," she continued. "Through action is where we all have the most impact and where we can have change that lasts. I always want to be a support and be a proponent for change and improvement. My heart hurts for those hurting."

Jen Shah just took a very big stance against "Real Housewives of Salt Lake City" costar Jennie Nguyen's resurfaced social media posts condemning the Black Lives Matter movement -- as well as her subsequent apology for them after being called out on social media.

This week, posts of Jennie's from 2019 and 2020 went viral for all the worst reasons, as she was seen sharing memes in opposition to the BLM movement, following the police killing of George Floyd in May 2020. One meme read, "If you follow the officers' orders, you won't get shot." Others read "Blue Lives Matter" and "White Lives Matter," while others referred to "BLM Thugs" and "thug rioters." She later apologized, but Shah isn't having it.

"I rarely believe what I see or hear online. I know firsthand what it feels like to be judged without evidence or an admission of guilt," wrote Jen in a new Instagram post, alluding to her own issues with the law. Shah pled not guilty to conspiracy to commit wire fraud and conspiracy to commit money laundering charges last April.

Jennie from #RHOSLC is facing tons of backlash after her Facebook posts from 2020 have came to light. 😳 pic.twitter.com/NnysIqRw9l

"However, since my RHOSLC cast member has admitted that she made those horrible comments and posts, I must now stand up, on behalf of my husband and sons who are African American, to say that I am deeply offended by the racially insensitive posts and comments," she continued.

"It was infuriating to see her like and repost comments that made a mockery of and showed complete apathy toward those killed marching to bring awareness to the deep-seeded [sic] social justice issues that plague our country," she concluded. "I am equally disappointed by the disingenuous apology that was issues. Needless to say, we have some real s--- to talk about."

In the comments, costar Meredith Marks -- who appeared to call Jennie's posts "vile" earlier in the week -- added, "Beautifully said."

Though there have been rumors Shah was fired after speaking out about Jennie, sources confirm to TooFab that that's not the case.

She also shared her own longer statement on Friday morning, starting with a Martin Luther King Jr. quote reading, "There comes a time when silence is betrayal."

"Please use your voice to speak out against what it wrong and amplify those that are not being heard," she added. "There is no room in this world for hatred. We are all human beings and deserve the same treatment of respect and dignity."

"Negative commentary rooted in prejudice regarding one's race, ethnicity, religion, sexuality, or gender is vile and should never be tolerated," she added. "Educate if it comes from a lack of knowledge and condemn if it comes from a place of hatred. I pray to see this world without prejudice."

"Recent events have reminded me the importance of always leading with LOVE, light and kindness. It is NEVER okay to blatantly make, comment, post, and/or share any type of racially charged & derogatory statements/posts," she began.

"Like everyone else, I was shocked and saddened at the things that have surfaced online. There is so much deep seeded [sic] discrimination and racism rooted in our country and we all need to do better and work together to make a change," she added. "I believe that everyone - no matter their ethnicity, beliefs, sexuality, or gender identity - should be treated and afforded with the same level of love, kindness and respect."

Overnight, costar Lisa Barlow also cryptically tweeted "Things get addressed." When one fan replied saying, "They're in the middle of filming, it'll be addressed in S3," she responded, "Before then."

In addition to criticizing the BLM movement, Jennie also appeared to question the Covid-19 vaccine, showed support for Donald Trump and criticized Kamala Harris and the Obamas. The posts were mostly meme and article shares with no commentary from Nguyen herself. As the backlash trickled in, she issued an apology.

"I want to acknowledge and apologize for my deleted Facebook posts from 2020 that resurfaced today," she wrote. "At the time, I thought I was speaking out against violence, but I have since learned how offensive and hurtful my words were."

"It's why I deactivated that account more than a year ago and why I continue to try to learn about perspectives different from my own," she added, concluding, "I regret those posts and am sincerely sorry for the pain they caused."

She shared the apology with the hashtag #HateIsAVirus.