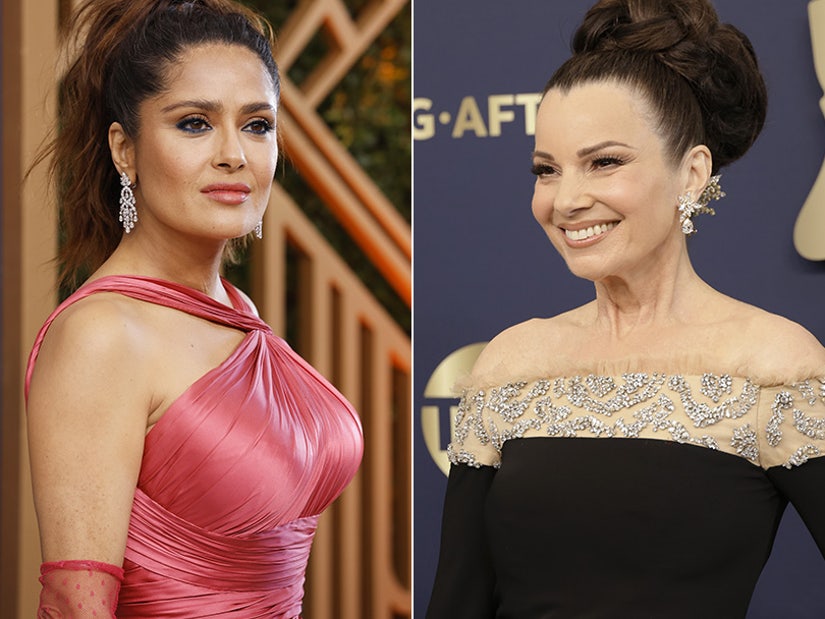 Salma Hayek and bathrooms were definitely not friends during the Sunday awards show after Michael Keaton also left her stranded at the podium following his win because he was -- ahem -- indisposed.

Salma Hayek was stunning as usual at the 2022 SAG Awards on Sunday, and newly-elected SAG-AFTRA president Fran Drescher was also gorgeous in her gown. But we wouldn't go so far as to say they wore matching ensembles.

That almost became an issue after a hilariously awkward bathroom encounter left the two of them more attached than through their career choice. In a clip shared to her Instagram, Hayek shared the funny moment after her glove got caught on the jewels of Drescher's gown. 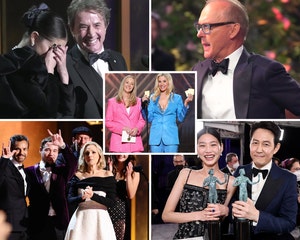 2022 SAG Awards: The Funniest and Most Viral Moments of the Night as Show Makes History

To make matters worse, it was apparently moments before she was set to go on stage and present the award for Male Actor in a Miniseries or TV Movie. It was as if the bathroom gods were angry with her on Sunday as when she finally got out there, she was immediately faced with another restroom-related disaster.

She was famously left stranded on the podium after announcing Michael Keaton's win for "Dopesick." Hayek called for the actor, citing stage fright, only for him to come rushing through the room, literally rolling up onto the stage and blaming an ill-timed bathroom break.

But even before that, Hayek was almost joined awkwardly by Drescher, joking in the restroom, "Oh my god, we're stuck," as an assistant attempted to disentangle her glove. "You're coming out to present with me," Hayek told Drescher.

"I can't even believe it," Drescher agreed, before laughing at seeing that they were being recorded. Drescher decided to take the opportunity to pitch her "green council" to Hayek. After all, what's better than a captive audience -- literally. 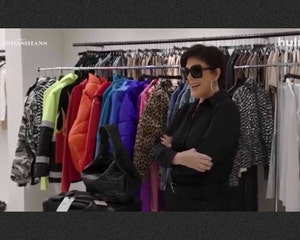 It was already an iconic awards show moment when Keaton was literally indisposed during the announcement that he'd won, but finding out that it happened just after another bathroom debacle makes it even funnier.

If the assistant hadn't been able to free the women, at least Hayek wouldn't have been all alone on the stage when Keaton left her hanging those few moments. 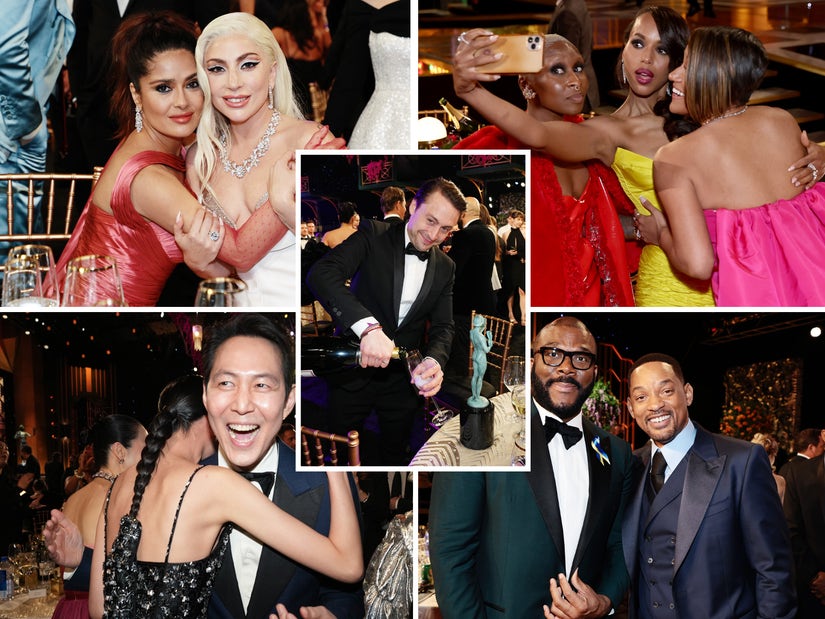