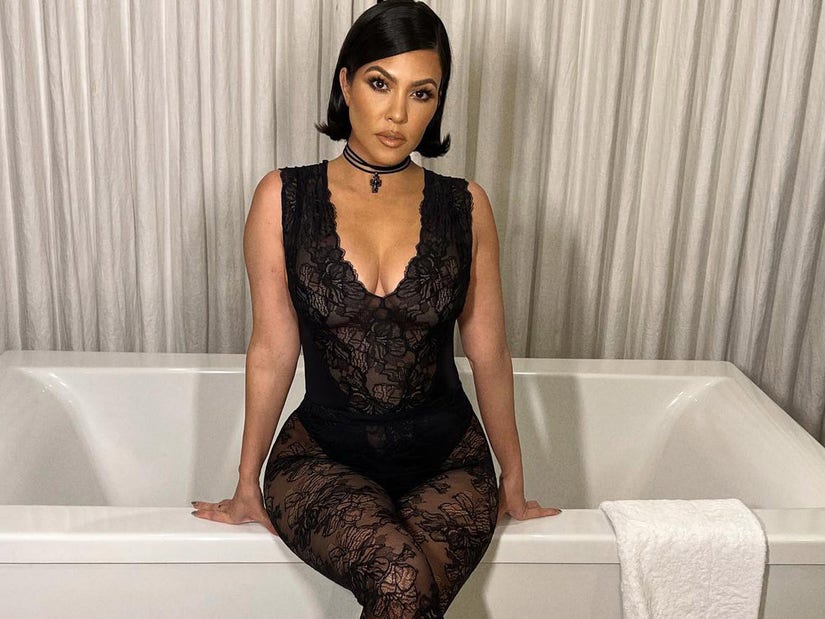 Kourtney opens up about why she came back for more and how Travis will be involved.

Kourtney Kardashian has made it pretty clear she was not happy with filming "Keeping Up with the Kardashians" by the end of its run, repeatedly referring to it as a "toxic" situation for her. So it came as a surprise to some that she's all-in for Hulu's upcoming reality show, "The Kardashians," which will once again focus on the famous family.

Speaking with Variety for a profile ahead of its April premiere, Kourtney opened up about why she signed on after their previous show left a bad taste in her mouth, why she looks so "miserable" in some of the footage people have seen so far and whether fiancé Travis Barker will be a big part of the series.

"There was definitely a time where I thought I don't want to film," she said of her initial hesitance. "I love simplicity. Like, it really makes me happy. I just need simplicity. But by having some time to breathe in between things, for the first time, after stopping 'Keeping Up With the Kardashians,' I felt like, 'Oh, I actually have time to sit down and have some lunch.' Everything used to be heavy multitasking."

"People are like, 'I thought you never wanted to film again,' but you know, I think having a year off and really being able to just — I know I say this all the time — but live our lives. I feel like our last show became a really toxic place for me," she continued. "I wasn't in my best place, not only just from filming, but on a lot of levels. So, I was really excited at the chance to do something new and fresh. I think that’s why it was important to me to have it be more documentary style. We were all excited to start a new relationship."

As she mentioned, the format of the show is a little different than KUWTK -- and will instead focus on a lot more solo stories from the women in the family, instead of forcing them together to talk about their lives in person. While Kourtney clearly likes that freedom, she's already seen chatter from viewers who feel she once again doesn't want to be there, after footage dropped in a number of teasers for the show.

"I've seen a lot of commentary about the Hulu trailer like, 'Kourtney looks miserable already,'" she said, before explaining what's really going on. "The day we filmed that teaser, I was super sick. I was so sick for two days, like I should not have been out of bed. I'm not a good faker, so my face just looks like I'm sick."

She added that, so far, everything she's been filming "has felt really fun and enjoyable" and, because she's "in a happy place," it makes her "more confident in everything that I'm doing." 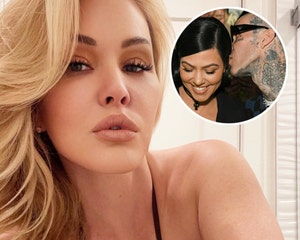 Part of that happiness, of course, comes from Barker, who she started dating in 2020 before getting engaged October 2021. He'll definitely appear on the show, but Kourtney said he won't be at the center of her storyline.

"I definitely hold my relationship really close. It's so sacred to me and I am very protective of it. I think I've learned a lot of lessons," said Kardashian, who had romances with ex-husband Scott Disick and ex-BF Younes Bendjima while on KUWTK. "There is a lot of us on there, and we've had such a good time doing it because we have such a good time when we're together, but I definitely want to protect it as much as I can. But also, this is my life."

She added that Barker -- who had his own reality show in the past with ex-wife Shanna Moakler -- didn't have any reservations about being on the show, even if it's "not his thing." Added Kourt: "I think he’s happy to, and we have had so much fun while we've been filming certain things that we're doing, so I'll just invite the producers to come along."

"The Kardashians" will premiere Thursday, April 14 on Hulu.