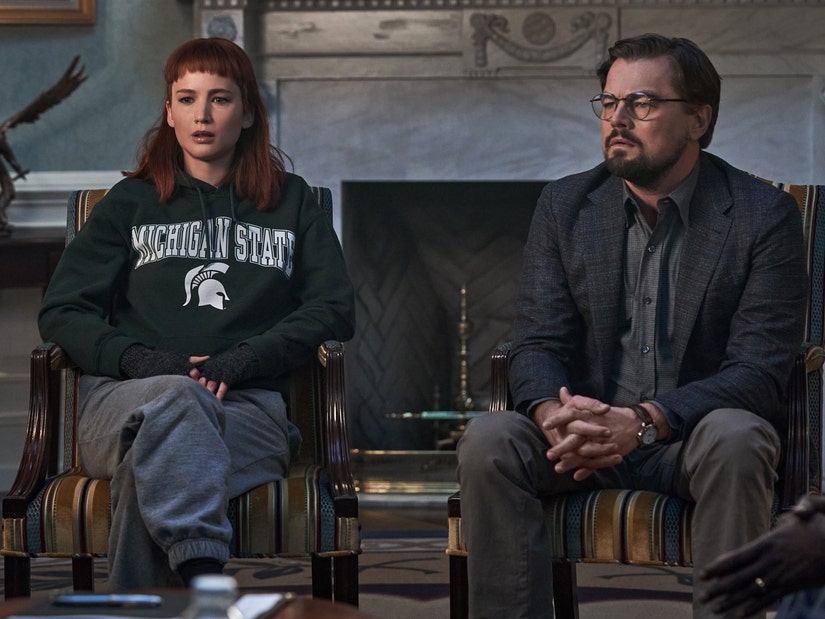 These are the flicks you need to see before Oscar night!

The Oscars are just around the corner, but there's still time before the big night to catch up on all the films that are sure to sweep the ceremony. This year, 10 movies are up for Best Picture -- ranging from the reimagining of a classic to one of the most beloved international films of the year.

Among the nominees for the highly coveted award is "The Power of the Dog," which leads the pack with 12 nominations throughout the evening. The film is closely followed by "Dune," with 10 nods, and "West Side Story" with seven of its own. Best Picture nominees also include "Don't Look Up," "King Richard," and "Nightmare Alley," among several others. And thankfully, they're all available to stream online now!

"Belfast" tells the true story of how director Kenneth Branagh's family fled the Troubles. Set in the late 1960s in Northern Island, the film chronicles the working-class family and their young sons as they face the outbreak of sectarian violence in their neighborhood.

"CODA" tells the story of seventeen-year-old Ruby, the sole hearing member of a deaf family -- a CODA, Child of Deaf Adults. She spends much of her time acting as an interpreter for her parents and working on the family's fishing boat every day before class, but at school, she finally finds a passion of her own. When she joins the choir club, she discovers a gift for singing and is encouraged by her choirmaster to apply to a prestigious music school. But her obligations to her family leave her feeling torn about whether she can pursue her own dreams.

Stream it on Apple TV+.

Leonardo DiCaprio and Jennifer Lawrence star in "Don't Look Up" as two low-level astronomers who discover a massive comet hurtling towards Earth. When they attempt to warn the government, they're frustratingly met with indifference. Instead, they set out on a media tour to warn mankind of the approaching comet and humanity's imminent doom.

Stream it on Netflix.

"Drive My Car," based on the short story by Haruki Murakami, picks up two years after the death of renowned stage actor and director Yusuke Kafuku's wife. When he accepts an offer to direct a production of "Uncle Vanya" at a theater festival in Hiroshima, he meets Misaki Watari, a young woman assigned to chauffeur him. Tensions mount behind the scenes as the production approaches, particularly between Yusuke and Koji Takatsuki, a TV star who shares an unwelcome connection to Yusuke's late wife. With the help of Misaki, Yusuke must confront the haunting mysteries his wife left behind.

Stream it on HBO Max, or buy or rent it on Prime Video, Apple TV, or Vudu.

"Dune," based on the book series of the same name, unravels the first part of Paul Atreides' journey. The brilliant and gifted young man, who was born into a destiny beyond his understanding, must travel to the most dangerous planet in the universe to ensure the future of his family and his people. As conflict explodes over the planet's exclusive supply of the most precious resource in existence, Paul is forced to conquer his fears to survive.

Stream it on HBO Max, or buy or rent it on YouTube, Prime Video, Vudu, Google Play, or Apple TV.

"King Richard" shares the journey behind tennis legends Venus and Serena Williams -- and the man who made them two of the most extraordinarily gifted athletes of all time. Driven by a clear vision of their future and using unconventional methods, their father Richard has a plan to take his daughters from the streets of Compton, California to the global stage as legendary icons.

Buy or rent it on YouTube, Prime Video, Apple TV, Vudu or Google Play, or stream it on HBO Max starting March 24.

Coming-of-age flick "Licorice Pizza" takes place in 1970s California as Alana Kane and Gary Valentine fall in love in California's San Fernando Valley. Despite their age difference, the couple finds themselves drawn to each other as they search for their purposes in life.

Bradley Cooper and Cate Blanchett star in "Nightmare Alley," which follows ambitious carny Stanton Carlisle whose newly acquired talent for manipulating people with a few well-chosen words allows him to swindle the elite and wealthy. After meeting a mysterious female psychiatrist, he hatches a scheme to con a dangerous tycoon but it may be the psychiatrist who is his most formidable opponent yet.

Stream it on HBO Max or Hulu or buy it on Google Play.

"The Power of the Dog"

"The Power of the Dog" follows domineering rancher Phil Burbank and his brother George, whose lives change after they meet widowed proprietress Rose. When George marries her and brings her back to the ranch along with her son, Phil is cruel and cunning towards the new family. But one day, his mockery of the young man changes and he appears to take him under his wing -- but it's unclear if it’s a kind gesture or part of a scheme.

Stream it on Netflix.

Steven Spielberg's reimagination of "West Side Story" retells the classic tale of fierce rivalries and young love in 1957 New York City. When Tony and Maria meet at a high school dance, it's love at first sight but it also fuels the fire between rival gangs the Jets and Sharks, who are in the midst of a war for control of the streets.

Stream it on Disney+ or HBO Max, or buy or rent it on Prime Video, Vudu, YouTube, Apple TV, or Google Play.