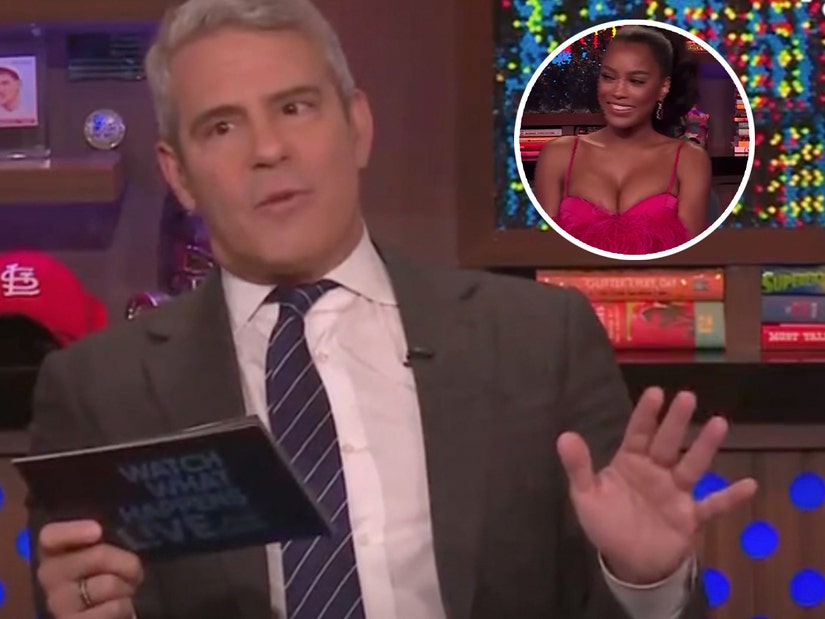 After expressing shock over how "hot" Summer House star and nurse Ciara Miller is, he was met with backlash online.

Andy Cohen sparked some backlash on Monday's episode of "Watch What Happens Live," getting criticism for how he introduced guest and "Summer House" star Ciara Miller.

"You're actually a nurse?" asked Cohen at the top of the episode. When she responded affirmatively, he added, in shock, "And this is what you look like? Wow!"

Well, that comment caught some nurses watching at home off guard -- as they wondered why he seemed so surprised that someone in their profession could also be attractive or get all glammed up when the occasion calls for it.

Why did Andy say “you’re a nurse and this is what you look like?!” As if nurses aren’t attractive. Ciaira is obviously STUNNING but I know many beautiful nurses. 🤔 #WWHL #SummerHouse

Dude, I love you, but the nurse comment was just freaking stupid.

What does Andy mean by “you’re really a nurse? And you look like this?”
So because Ciara is dressed like that, she can’t also be a real nurse? #SummerHouse #WWHL pic.twitter.com/rPlSW3bblz

@Andy there are a lot of nurses who look like her. I think you kinda of insulted us nurses by saying “ you’re a nurse and look like that”. She’s gorgeous but I work with many nurses who are just as gorgeous

Clearly, someone at Bravo was keeping an eye on Twitter, because it didn't take long for Cohen to apologize for his comments later in the show.

"Just wanna say before we go on, I have offended the nurses of America and internationally. I apologize," he said into camera. "I was merely mentioning that Ciara looks like a supermodel. I know that many nurses look ... it's no condemnation of nurses."

Ciara then took it one step further, adding, "All nurses are hot!"

"All nurses are hot," he said, echoing his guest. "But the most important thing is, all nurses have the biggest hearts in the universe, and they are beautiful inside and out. I am sorry if I offended anyone."

He then turned to the night's guest bartender, BFF John Mayer, and asked, "John, was that satisfactory?" His response: "It saved my woke little heart."

#WWHL #SummerHouse BABY did the nurses come for Andy? & I’m dead at John! 🤣🤣🤣