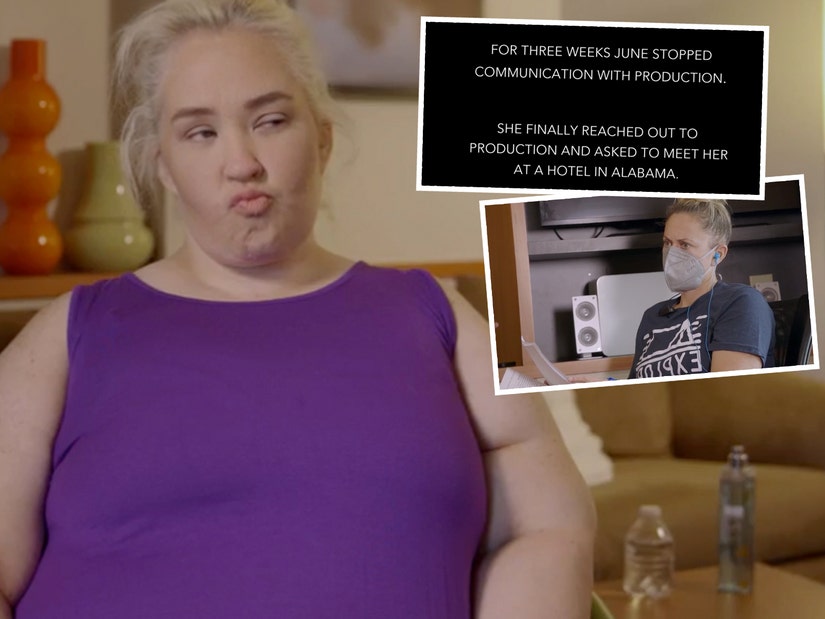 June opens up about leaving Geno -- and why "the last few months have been probably the worst time in my life."

Mama June Shannon made a big move on the season premiere of her WE tv reality show, "Mama June: Road to Redemption" -- running from her toxic relationship with Geno Doak after years of arrests and concerning behavior.

But leaving him behind wasn't an easy task for Shannon, who was still wrestling with when and how to get out at the top of the hour. While she said she was sober, she claimed he wasn't and said the situation was "getting out of control to where I need help" and "family support."

Her family -- including daughters Lauryn "Pumpkin" Shannon and Alana "Honey Boo Boo" Thompson and sister Doe Doe -- were all concerned June would start sliding back into old habits, after successfully completing a stint in rehab. As June planned her escape, she considered breaking up with Geno at the courthouse during sentencing for his 2019 arrest for felony drug possession. She said she felt it would be safer for her to end it there because there would be law enforcement present. 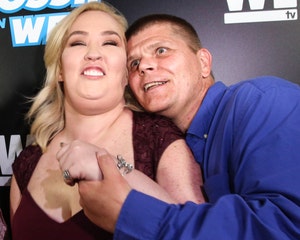 Pumpkin and Doe Doe showed up to the courthouse on the date in question, but his sentencing was postponed and June decided against breaking up with him at the time. Her family was frustrated, but June said it wasn't an easy thing to do and she worried about their safety as well.

After that, June all but disappeared. According to Pumpkin, she was completely absent when Lauryn gave birth to June's first grandson, Bentley, and didn't even call her after the baby arrived. The show also confirmed that June stopped communicating with production for three solid weeks, before eventually reaching out and setting up a meeting in a hotel in Alabama.

"There’s a lot that happened behind closed doors that a lot of people don't know. My life has been turned inside out ... I'm just tired of lying and hiding and I decided to call y'all," June explained to a producer inside a hotel room.

"Geno has no idea where I'm at and I would prefer for y'all not to tell him that. He went to sleep, passed out because he was drunk and I packed a bag, I left, I got an Uber," she continued. "I tried to do this a few times before and I talked myself out of it. A few nights ago, it was just some extra push."

"I should have left him at the last court date, but I didn't. The drinking got worse, the verbal abuse … I was ruining myself emotionally, mentally, having to worry about my sobriety," said June. "The devil was right here saying, 'You know if you use, you don't have to use these feelings, if you get cocaine, you don't have to feel these feelings."

She added that, for the first time, she was walking away from "an abusive relationship" -- but, when asked if she broke up with him, June said no. She said that what she was about to tell them "might piss off some people, who may be like, 'What the hell is going on in her life?'" She added, "it's a train wreck," before the episode ended on a cliffhanger with her saying, "the last few months have been probably the worst time in my life, I think I need to let you all know something ..."

More will be revealed next week, when "Mama June: Road to Redemption" airs Friday on WE tv.