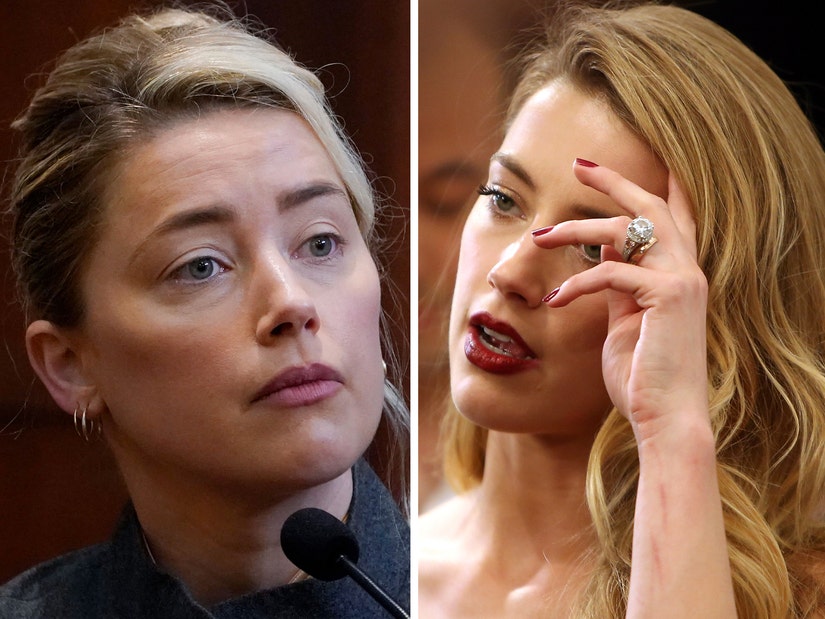 "Those are scars that I obtained while Johnny was strangling me and assaulting me on the counter top in Australia."

Amber Heard was back on the stand Monday as she continued to testify in Johnny Depp's defamation case against her. She's expected to wrap up her witness testimony today, before starting to be cross-examined by Depp's team.

The week began with Heard giving an explanation for why there was a discrepancy around when the first alleged act of physical violence by her ex occurred. She initially said in the UK trial that it began in early 2013, but has since changed her story. She said that after reviewing her therapist's notes, she realized it had actually started in early 2012.

"I had always believed up until recently that it had started later, that the violence started around early 2013," she said. "It changes your life forever. You never forget the first time someone hits you like that. I just got the date wrong."

When asked how she made that mistake, she added, "I'm embarrassed to say. I think I would have liked to believe that the period of time in which I had to fall in love with Johnny, in which we fell in love and he was sober and he wasn't violent to me lasted for a lot longer than it did." Heard continued, "I think I would have liked to believe that I wasn't hit so early in the relationship and still stayed. I had kind of allowed myself to forget that the beginning of that period, 2012, before he got sober was truly violent and chaotic as well. I'm embarrassed to say that."

Then a number of photos of Heard were shown from red carpet events in 2015, events where she claims her injuries from alleged fights with Depp were clearly apparent.

The first premiere was for "When I Live My Life Over Again," from April 15, 2015, shortly after an alleged incident with Depp in March where she says he "held me down on the countertops and my arms were cut on the glass in that attack." Of the photos shown (above right), she said they showed "scars that I obtained while Johnny was strangling me and assaulting me on the counter top in Australia." She said the cuts were "rather fresh" at the time.

After that, however, Heard said things started getting better for them and they started talking about having children together and buying a farm. "We were in a really beautiful peaceful period. It was wonderful," she said, "Johnny had done a complete 180, clean, sober, present, calm. We were peaceful. The gripes and problems he seemed to have about me went away when he was sober."

But when she went to promote "Magic Mike XXL" in June of that same year, she said his jealously came back out. 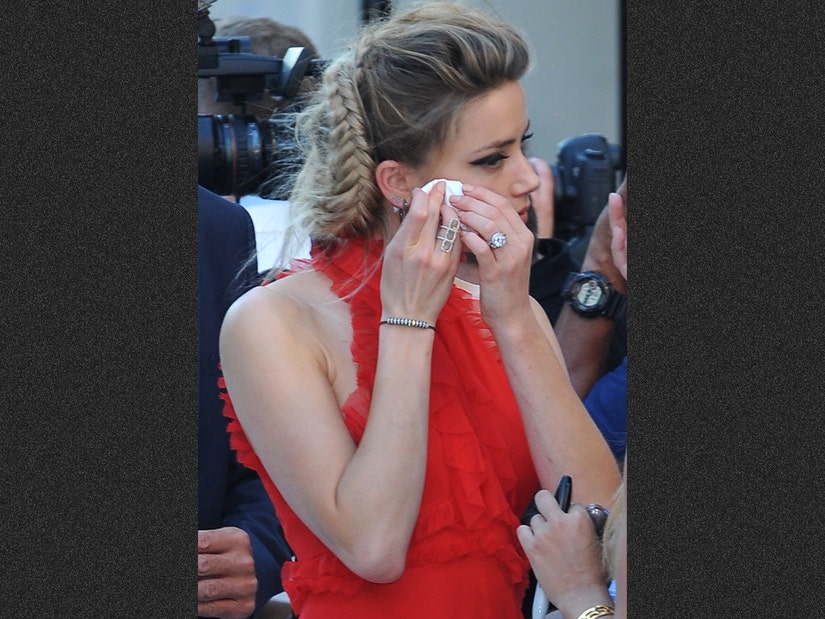 She showed more red carpet photos, this time from the UK premiere of the second "Magic Mike" film in which she said the same scars were visible (above).

"You can't see everything, of course," she added. "This is, you can see the scars on my arms from that attack. Also, around this time, Johnny was calling me on the phone before and after, while I was doing these press events and sometimes I would be on the phone with him managing accusations about why I didn't pick up sooner, text back sooner. Many times on the tour I had to delay getting out of the car."

"He was very upset with me and I remember crying on the phone with him a lot and having to hang up to do press events," she added.