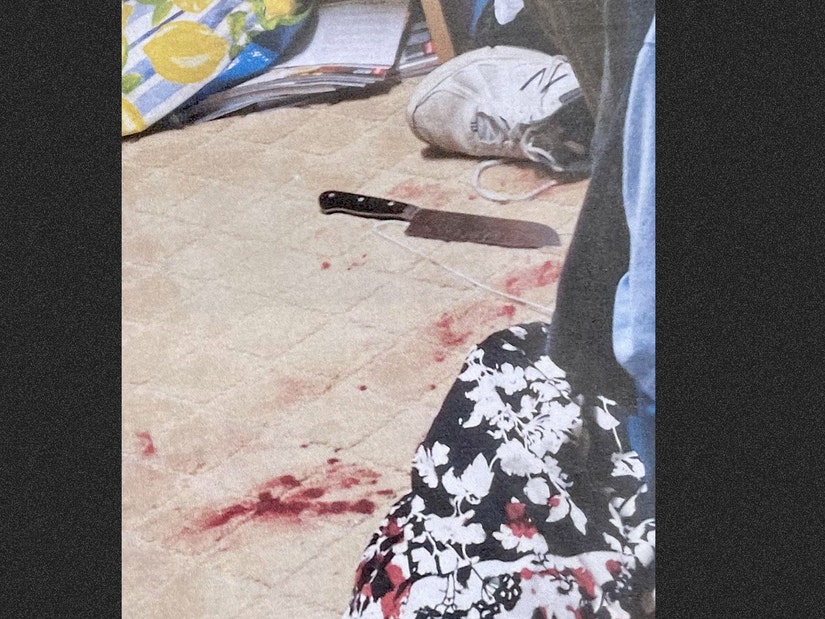 Deputies arrived on scene to find a woman being held at knifepoint. "Fearing for the safety of the victim," an officer fired his gun.

Tzvi Allswang is out of the hospital and behind bars after being shot in the head during a standoff with police during an alleged hostage situation in Florida.

The 20-year-old has been charged with attempted first-degree murder, kidnapping, and multiple counts of sexual assault after he survived an officer-involved shooting in Boca Raton on July 2.

Per Palm Beach police, deputies responded to a welfare check on the victim and heard a woman "screaming for help." After forcing themselves inside the residence, they "located a female victim who was being against her will at knife point by an adult male suspect." When he allegedly refused to drop the knife, "fearing for the safety of the victim, a PBSO deputy discharged his department assigned firearm striking the suspect once in the head."

A photo from the scene shows the knife in question, as well as blood on the ground (above). Per Law&Crime, "it was a night of hell" for the victim, with a Palm Beach County sheriff's spokesperson saying the woman and Allswang "were known to each other."

The victim and suspect were both taken to separate hospitals, before Allswang was discharged on Wednesday and placed in police custody. A booking photo was released on Wednesday (below), in which bandages covering the gunshot wound, as well as severe bruising around his eye, can be seen. 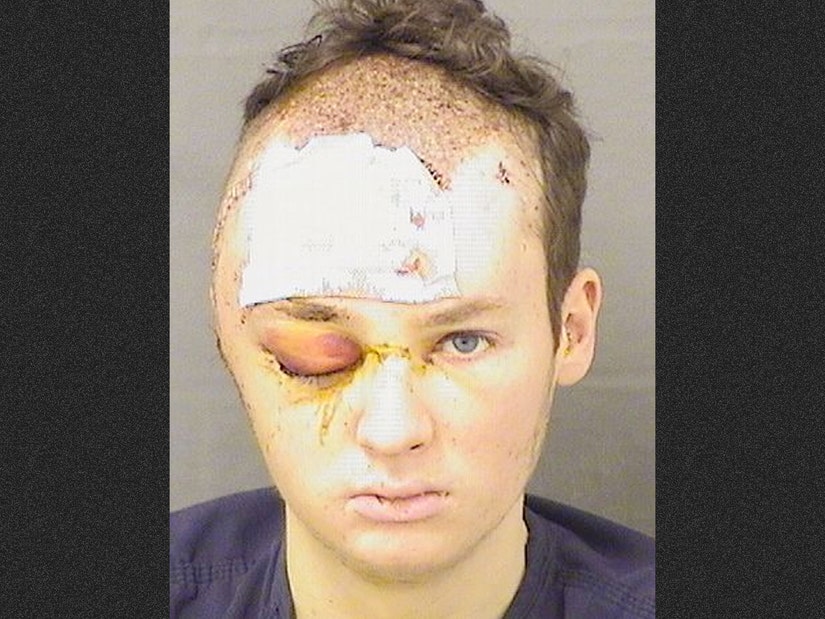 According to the arrest report, the victim's mother first reached out to police after her daughter -- a mental health therapist -- hadn't been heard from since her last appointment and failed to show up for a family dinner.

Her mother reported that she started to receive "strange" text messages from her daughter's phone, indicating that the victim had been pulled over by police, was being given a breathalyzer and taken to a hotel by cops. Police confirmed that no such stop ever happened.

Per the report, Allswang was apparently a client of the victim's and the appointment was held at his residence. The victim's mother got his address from her daughter's boss, who met police at the home. While the victim's car was there, police were unable to make contact with anyone and left the residence. When the victim's mother urged them to make another visit, they did and, the second time, heard the victim's screams. Inside, they allegedly found Allswang holding her hostage inside the master closet.

The deputy involved in the shooting was later revealed as Sgt. William Nogueras, who is currently a member of the K9 unit and has worked for the department for 14 years.

He's been put on paid administrative leave, which is considered standard protocol for the department.