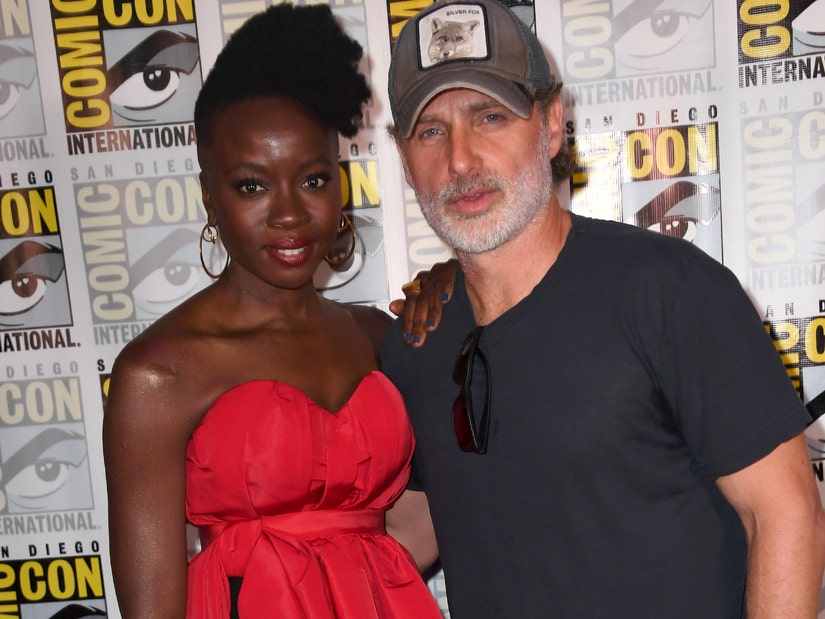 The end is very, very near.

The cast of "The Walking Dead" returned to Comic-Con for the show's very last outing at the annual fan event, dropping the trailer for the final eight episodes of the AMC series, teasing what's to come before the grand finale and announcing some major news for the planned Rick Grimes movie.

Let's start with that last bit, as it was the biggest news to come out of the panel. At the very end of the Hall H presentation, Chief Content Officer of The Walking Dead Universe Scott Gimple brought out both Andrew Lincoln and Danai Gurira -- who revealed that the planned movie is now going to be a six-episode series for AMC+, which will drop in 2023.

"I can't wait to get my cowboy boots back home," said Lincoln.

As for the rest of the panel -- which was doderated by "Talking Dead" host Chris Hardwick -- Gimple, Showrunner Angela Kang and EP/Director/Special Effects Makeup Supervisor Greg Nicotero were joined by stars Norman Reedus, Melissa McBride, Ross Marquand, Seth Gilliam, Josh McDermitt, Michael James Shaw, Cailey Fleming and Lauren Ridloff to discuss the back half of Season 11.

After 12 years, 11 seasons, countless heartbreaking deaths and thousands of zombie headshots, the show will will air its final episode later this year -- starting October 2.

The new trailer for the final episodes started with footage from all the show's most memorable moments so far, before setting up a final battle between Horsby at the Commonwealth and our survivors. The footage Includes a lot of goopy walker fights, some love connections and walkers that could possibly "climb walls and open doors."

It was a bittersweet panel, as everyone was excited for the new episodes to air, but emotional due to it being the end. While Nicotero said "the journey has been absolutely life changing for me," saying it's going to be weird to not see everyone every morning going forward.

"I made some of my best friends during the show. It started off as such this pure little thing ... and everybody had each other's backs and it was such a pure thing. There was no Hollywood around us," recalled Norman of the show's humble beginnings. "It just grew into this huge show. But we held onto this core belief system of doing it for real and this sense of family ... it's not just our show, it's our show. I kinda just wanna cry and make out with everyone in the room."

"This whole experience has been amazing, out of this world, never thought it would become what it became for myself, for everyone else out here," said McBride, getting choked up and wiping back tears. "There's so much I want to say, it just gets stuck. This always happens. I'm just so grateful."

Marquand got a little emotional too, while Gilliam said the whole experience has been "pretty magical" for him overall. Ridloff, a former school teacher before landing her role as Connie, said she felt like she was still a teacher ... but added, "my classroom just got a lot bigger" Fleming said she too was "really grateful" for how the fans had embraced her as Judith and revealed she got over her sadness by heading to Disney World. Shaw called out the "beautiful energy" in the room amongst all the fans, saying it's been a joy to play someone who's "stronger, wiser and more tactile than I could ever be."

The gang said the wrap party was "a lot of people crying," with Gimple saying production put together a video made up of 1 second of every episode "that was pretty gut-wrenching for all of us." Kang promised fans will see it -- after the final episodes air, since it includes spoilers.

Reedus said it was "very emotional" to film his last scene, saying there were many speeches and "people were crying and hugging ... it was rough." Marquand also talked about being there for the last day -- before getting called out for possibly spoiling that his character makes it to the end. Gilliam, however, said cast members who had wrapped would keep coming back to see others complete their last shots. Ridloff called the shoot for the final episodes a "marathon," saying "it was so overwhelming" when they called cut on her.

A very blonde McDermitt, meanwhile, wondered why the hell he had to dye his hair to play Eugene over his run on the show, before reflecting on some of his favorite moments. His choice: When Eugene threw up on Rosita. "That was just fun to throw up on Christian [Serratos], because she was just miserable that day," he added. The group also joked about the episode in which Eugene took a bite out of Dwight's crotch -- and how Reedus had a hot dog cart on set when they filmed. "I want everyone in the crew to put a weiner in their mouth," McDermitt said, doing a Reedus impression.

Reedus also reflected on his prank war with Andrew Lincoln, recalling how Lincoln once put one of Norman's motorcycles on a raft and pushed it into the middle of a raft ... while Norman got revenge by filling Andrew's trailer with roosters.

Teasing the final episodes, Angela Kang said there will be "heavy conflict with the Commonwealth" with the show returns, while Nicotero promised they're taking the show out "the best way we can."

Despite the conclusion of the original series, fans won't be saying goodbye to the TWD universe quite yet. AMC confirmed it has a spinoff show coming starring Reedus -- one which initially costarred McBride, before she dropped out -- as well as "Isle of the Dead" featuring Maggie and Negan (Lauren Cohan and Jeffrey Dean Morgan). Gimple revealed "Isle" is filming now.

There's also the anthology series "Tales of the Walking Dead" -- which will feature stars including Terry Crews, Olivia Munn and Samantha Morton, returning as Alpha -- kicking off August 14 on AMC. 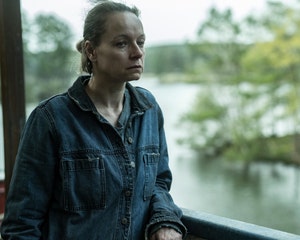