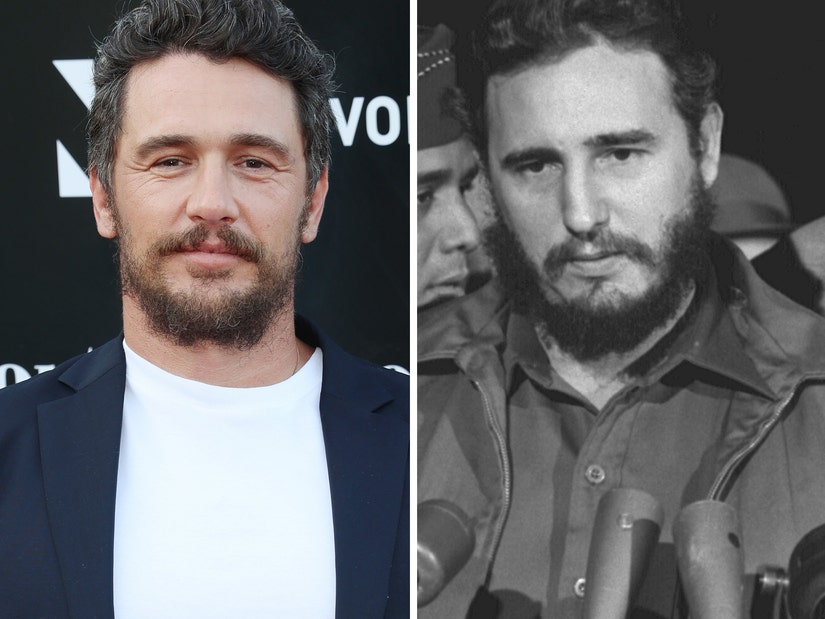 Leguizamo, however, isn't backing down.

The real-life Alina Fernandez, daughter of Fidel Castro, is standing by the filmmaker's decision to cast James Franco as her father in the upcoming movie "Alina of Cuba," inspired by her own story.

"James Franco has an obvious physical resemblance with Fidel Castro, besides his skills and charisma," she said in a statement to Deadline, adding that she endorsed the decision. "I find the selection of the cast amazing."

"The filmmakers worked a lot and I can't be more grateful to them for their overall inclusive selection," she added. "To me, the most important thing about this movie is that the conversation about Cuba is alive. Personally, the experience is so far too unexpected but more than anything, humbling."

Leguizamo, however, isn't backing down -- and posted two videos over the weekend continuing to criticize the decision. In both videos, he said he has no personal problems with Franco, saying he loves him and thinks it's cool -- but the system where white actors continue to get cast as Latin characters.

"Latin exclusion in Hollywood is real! Don't get it twisted! Long long history of it! And appropriation of our stories even longer! Why can't Latinxers play Latin roles?" he asked. "Why can't we play lead roles? Why can'’t we they flip white roles to Latin guys and gals?"

"Portuguese are not Latin nor are Spaniards they are white peoples from Europe!" he added. "Latin people are from Latin America and the 90% r of us of mixed race! And That is why we are discriminated against!"

James Franco will reportedly portray Fidel Castro in a new biopic about the Cuban leader's daughter, Alina Fernandez -- and John Leguizamo is one of the many taking issue with his casting.

On Friday, the Latino actor shared a screen shot of Deadline's announcement to his Instagram page, asking, "How is this still going on? How is Hollywood excluding us but stealing our narratives as well?"

"No more appropriation Hollywood and streamers! Boycott! This F'd up!," he continued. "Plus seriously difficult story to tell without aggrandizement which would b wrong! I don't got a prob with Franco but he ain't Latino!"

In the comments, "The View" host Ana Navarro added, "I'd like to think no Latino actor worth their salt would sign up to play and aggrandize a murderous dictator who terrorized the people of Cuba for six decades. For both reasons you articulated, I join you in the boycott."

Franco's father is from both Portuguese and Swedish descent, while his mother is of Russian Jewish ancestry.

In the Deadline article revealing Franco's casting in "Alina of Cuba," one of the film's producers, John Martinez O'Felan, explained how the actor landed the role.

"Finding and convincing James Franco to play Castro, was a fun and challenging process and has been the collaborative work of the universe, because our director's original order was to find an actor who holds a close physical resemblance to the real Castro to build from, along with finding someone Alina Fernandez would strongly endorse," he said. 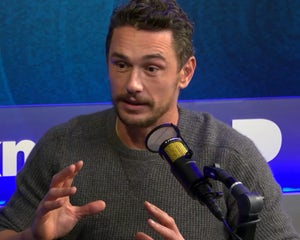 James Franco on Sexual Misconduct Allegations: 'I Did Sleep with Students and That Was Wrong'

"We used Fidel Castro's ancient Galician heraldry as our focal compass, and then combed through the entire ranks of actors with Latin roots in Hollywood to find someone who has a similar facial structure," he continued. "In executing a close search into our hopefuls through the eye of Spanish and Portuguese genealogy which the Galicians held, we found that James, by far, had the closest facial likeness of our Industry's leading actors, meaning that the focus would be to build out his character accent and we'd have a stunning on-screen match to intrigue audiences and bring the story to life with true visual integrity."

As the producer noted, while Castro was born in Cuba, his father hailed from Galicia, Spain. His mother, meanwhile, was of Canary Islander descent. Per Variety, Franco's casting was supported by the real-life Fernandez, who is consulting on the film.

Joining Franco in the film is Mía Maestro as Natalia "Naty" Revuelta, with whom Castro had an affair, leading to the birth of Alina -- who will be played by Ana Villafañe in the film. The movie starts shooting later this month in Colombia.

"Alina of Cuba" is one of a handful of new roles Franco has picked up recently, after he was accused of sexual misconduct by multiple women -- four of whom were students at his acting school -- back in 2018.

In 2021, he admitted that he "did sleep with students and that was wrong," but said everything was consensual. When asked about the possible "power imbalance" at play, he added, "I suppose at the time, my thinking was if it's consensual, okay. At the time, I was not clearheaded as I've said. I guess it just comes down to my criteria, which was like, 'If this is consensual, like, I think it's cool. We're all adults.'"