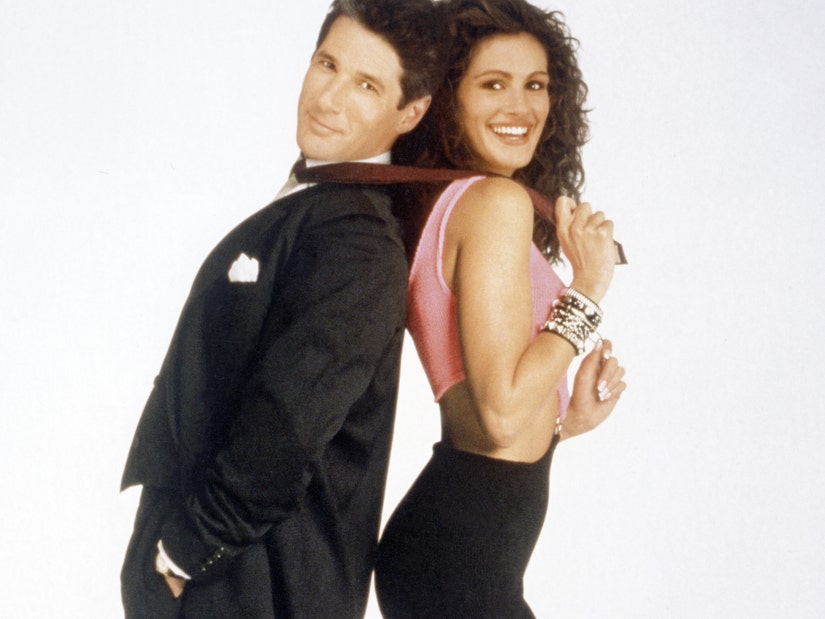 Movies made by Disney may be associated with princesses and fairytale endings but that isn’t always the case! Not all flicks made by the wholesome family company are actually rated PG or even PG-13. Many films affiliated with Disney were actually made for a much more mature audience -- thanks to the company’s subsidiaries.

While Walt Disney Pictures keeps things family-friendly, their other labels like Touchstone Pictures and Buena Vista Pictures have offered up quite a few R-rated offerings over the years. While these films aren't the typical content fans expect from Disney, they are officially a part of the brand.

And after acquiring 20th Century Fox (now 20th Century Studios), a few graphic Fox films -- like both "Deadpool" movies and "Logan" -- are even getting added to the company's streaming service Disney+.

Keep reading to find out which rated R movies were released by Disney.

In 1990, Disney's Touchstone Pictures debuted "Pretty Woman" starring Julia Roberts and Richard Gere. The massively successful film follows a businessman who hires an escort to join him at some social events -- and she ends up changing his life.

"Romy and Michele’s High School Reunion" was released through Disney's Touchstone Pictures back in 1997 and follows high school best friends Romy and Michele, 10 years after their graduation. Ahead of their reunion, they decide to reinvent themselves, with new wardrobes and wild stories. While they make a big impression, things unfold when a former classmate calls them out -- but the duo have their own surprise up their sleeves.

When speaking with TooFab about her desire for a sequel, star Mira Sorvino said fans better start begging Disney if they want one too.

An acquisition from the 20th Century Fox deal, Disney's 20th Century Studios released the anthology comedy drama "The French Dispatch" in 2021. An all-star cast including Tilda Swinton, Bill Murray and Timothée Chalamet brings to life three separate storylines set at an outpost of an American newspaper in post-war 20th-century Paris.

"Dead Presidents" was released by Disney's Buena Vista Pictures back in 1995, following a Vietnam veteran as he returns home from war. In search of money, he finds himself drawn to a life of crime. He teams up with fellow vets as they plan the ultimate heist -- a robbery of an armored car filled with unmarked U.S. currency.

Demi Moore stars in American war drama "G. I. Jane," released by Disney’s Buena Vista Pictures in 1997. The film follows Lieutenant O'Neil, the first woman ever given the opportunity to earn a place in the elite Navy SEALS. The rigorous training camp takes a turn for the worse when it becomes clear that no one wants her to succeed.

Disney's Searchlight Pictures released Guillermo del Toro's supernatural horror film "Antlers" in 2019, following a small-town teacher who begins to suspect something is awry with one of her young students. The teacher, along with her brother, the local sheriff, soon suspect the boy is harboring a supernatural creature. Things quickly escalate and they realize the student’s dangerous secret has frightening consequences.

In 2021, Disney's Searchlight Pictures released "Nomadland," the Frances McDormand-fronted flick which would go on to win Best Picture at the Oscars. The film follows a woman in her sixties, who packs up her van and leaves her town in rural Nevada following the Great Recession. She sets off on the road to explore a life outside of conventional society as a modern-day nomad in the American West.

In 1998, "Rushmore" was released through Disney's Touchstone Pictures. The Wes Anderson film follows Rushmore Academy's resident extracurricular king Max Fischer who falls for a much older teacher at his prep school. Max turns to the father of two of his classmates for advice on how to impress his crush -- but things get complicated when he discovers his new friend is vying for the teacher’s attention too.

Disney's Touchstone Pictures released historical drama "The Patriot" in 2000, starring Mel Gibson and Heath Ledger. Taking place in South Carolina during the Revolutionary War, a widowed farmer with a brutal military past, decides not to enlist when the British invade. However, his son signs up and is later captured by the enemy -- forcing his father to abandon his peaceful life to rescue his oldest son.

Recent release from Disney's 20th Century Studios, "The Princess" stars Joey King as a beautiful, strong-willed princess who is being forced to marry a cruel sociopath. When she refuses, she is kidnapped and locked in a remote tower. With her vindictive suitor intent on taking her father’s throne, she must escape in order to protect her family and save the kingdom.