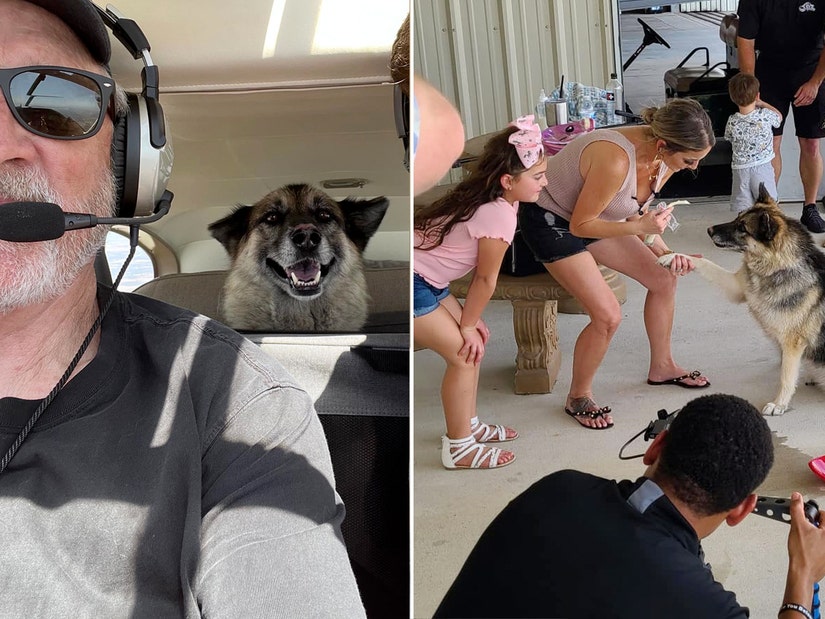 "Our girl is home y'all"

A German Shepherd named Sheba who was stolen from her family's home back in 2018 has finally been reunited with her owners.

The Malmstrom family's dog was one of five taken in a 2-month span in the Houston area five years ago. At the time, their security camera captured a white truck pulling up to their Baytown, Texas home, before someone came out and coaxed the animal out from under the porch while the family briefly visited a neighbor.

"She went right to him, thinking she was going to go for a ride," Stephanie Malstrom told ABC13 at the time. Though they searched in vain for the animal, putting out a $1,000 reward with Crime Stoppers of Chambers County, the trail went cold ... until last week.

On Monday, August 1, animal control in Borger, Texas -- 600 miles away from where Sheba was dognapped -- found her roaming the streets and, after running the dog's microchip, contacted the Malstroms with some very good, long-awaited news.

On Sunday, Sheba made the journey home -- as Borger authorities worked with Friends of Texas Panhandle Shelter Pets and Pilots N Paws to get the pooch home via jet.

Friends of Texas Panhandle Shelter Pets chronicled the ride on Facebook, showing the dog getting ready for takeoff, inside the small plane and, finally, reuniting with her family waiting at the airport.

Stephanie Malstrom also shared photos from Sheba's journey to her Facebook page (above) -- showing pictures from the reunion and the steak dinner and pool time that awaited the pooch when she got home.

"Our girl is home y’all" wrote Stephanie. "Soooo many people to thank ... I don't even know where to start, I will get to that soon I promise! I can't keep my hands off of our sweet girl for the time being! She's glad to be home! Welcomed us with lots of sniffs and kisses!"

According to ABC7, the dog first wound up at a shelter that didn't have a microchip reader and Sheba was re-homed. That family kept her until June 2022, but they re-homed her again when they moved. After a short time with another family and then a teenager, she was found by animal control and reconnected with the Malstroms.