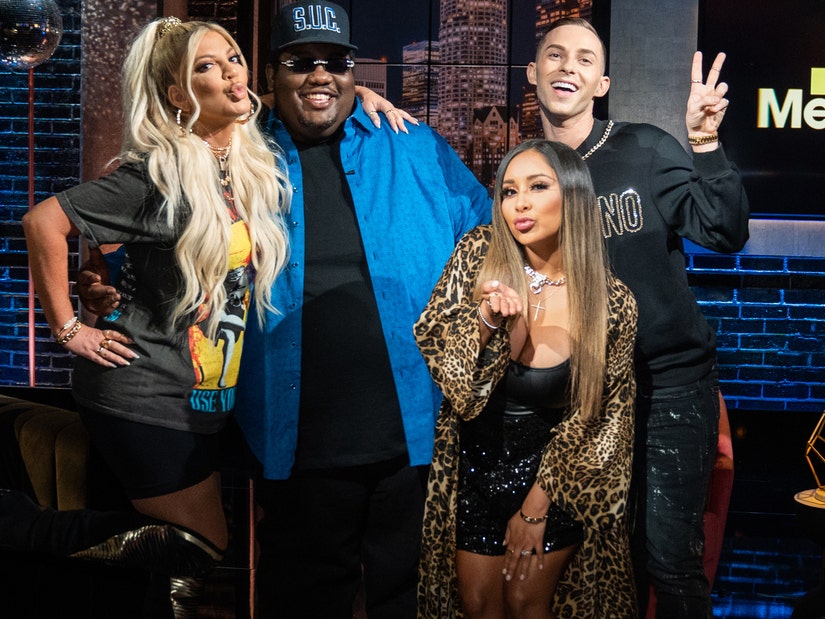 She also spills on this season's messy Jersey Shore drama and Dren running amuck ... and reacts to Vinny joining Dancing with the Stars.

Nicole "Snooki" Polizzi is back to put the messy in "Messyness" for the show's second season, which she says will be dedicated to late costar Teddy Ray, who died last month at the age of 32.

The season was filmed before the comedian's death and he can be seen on the new episodes alongside host Polizzi and fellow panelists Tori Spelling and Adam Rippon. 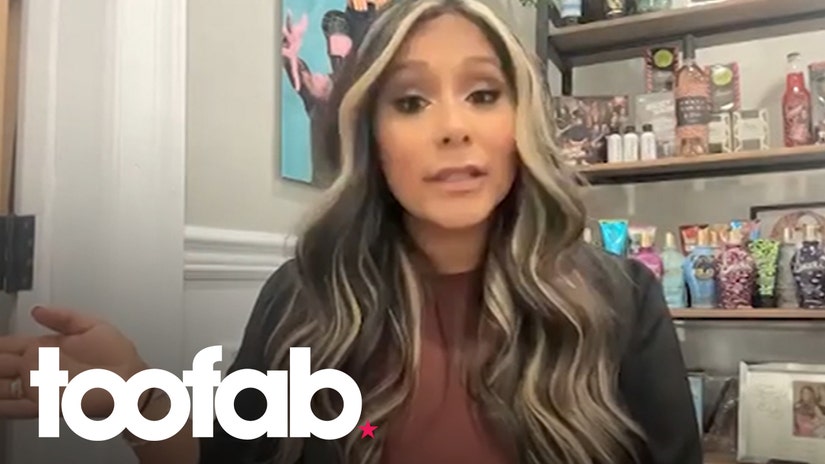 Ahead of this week's premiere, TooFab spoke with Polizzi, who shared her memories of Ray, revealed how she relates to the show's trainwreck videos and opened up about her drunken alter-ego Dren popping up on the current season of "Jersey Shore Family Vacation."

She also addressed costar Vinny Guadagnino joining the new season of "Dancing with the Stars" -- and why she thinks he'll go far.

What brought you back for another season?

I honestly love the show so much just because, first of all, it's called Messyness and that's my middle name. I'm not ashamed of that. I always wanted to do hosting and I feel like I wasn't going to be like the Barbra Walters, sitting there like, 'Hello.' So the fact we can still be silly, have fun, drink wine on the show with Tori, Teddy and Adam, they're literally like my Messy Besties, like I knew them forever. It's such a fun show to shoot and I was so excited to bring it back.

How has hosting been going for you? Obviously, you have a podcast, you've been on TV for quite some time now, you're not new to the spotlight, but how has this position been different?

I always wanted to host. Right when I started TV I was like, 'This is fun, reality's fun,' but I always wanted to do hosting. So doing red carpet stuff for different people, I was like, 'Oh, I love this, this is so much fun.' It's not about me, I'm interviewing other people and still having a fun conversation. I love the fact that it's not all reliant on me and I can riff with other people. So I love that and if you see me squinting, it's not because I had too much wine, it's because my contacts are moving off my eyelids, I can't see for s---.

How has your relationship with your cohosts -- or Messy Besties -- evolved over time?

I feel like right when we all met each other, off the bat, it was just so comfortable and easy. There was no fakeness trying to get to know each other, it was just cozy. I was like, alright, let's go bitches. I felt like I knew them forever. Tori's amazing, she's iconic, Tori's Tori. Adam's such a loving person, but so frickin' funny and I love his sarcasm. And then Teddy, our Teddy, we're dedicating this season to him, obviously, because he passed away recently, which is so frickin' sad. We were so upset, we're still so upset. But Teddy's like the heart of the show, he's like our big teddy bear. He always said silly things, not even trying to be funny, just naturally funny. It's definitely going to be hard to watch that, but all of us are a messy, bestie family.

We did want to give you a little space to honor Teddy, how will you remember him best from the time you were able to spend together?

I just think the loving energy he had, he was so positive and he's so young and so funny and I feel like his career was just starting. But I'm so happy that he was on the show with us and we had those moments with him. It's bittersweet to see the episodes because he's such a great guy, but he's not with us anymore. But we're dedicating the whole season to him, he's amazing and, yeah, he was the best.

When you are watching some of these videos on the show for the first time, are you still legitimately shocked by them?

I mean, yeah, but I'm never judgy because I've been there and everyone's seen it and they still see it on Jersey Shore Family Vacation. Like, tonight, it's gonna be a crazy one for me. So I'm like, 'Oh s---, I've never done that, but I can see myself doing it,' so I think it's fun how we never judge, but we can all relate to each video. It's like, we've all done it before or we would do it.

As you mentioned, Dren came out in the most recent episode ...

Is it bad? I am literally so mortified to watch it.

It's hilarious. It's a fun episode overall. How much fun is it for you to let loose with everyone and have Dren come out. Do you still worry about seeing the final cut?

I mean, I know I'm not going to do anything crazy, I just don't want to be a brat to my friends. It's so not me. So when Dren comes, she's like the total opposite of me and a monster and a gremlin, she wants to fight everyone and I'm like, that's not me. So I hate when that happens, but I enjoy -- because everyone brings their kids and everything, their kids are young, they're not in school, they're not committed to sports, so it's really hard for me to bring the kids, so I don't. If I can, I bring Giovanna. So when we do these big trips, I'm just me, I'm not a mom. So Deena's here having a good time, but she has to go back to her kids. Jenni, go back to her kids. So I kinda had Ange as my wing-woman for the four days I was there. I'm like, 'Girl, you don't have kids, let's enjoy ourselves.'

It sucks that I'm only there for a couple days, because I can't be away from my kids for than like three days. Four days is pushing it. Hopefully, in the future, when we do future trips I can actually bring my daughter, so I have one kid and I don't feel so homesick. That's my mommy time to go crazy and I enjoy myself. I wish Dren doesn't show up, but I have a good time.

Do your kids know about the name Dren yet?

Noooo! My kids don't really seen Dren here, I don't drink like that at the house. Sometimes when I drink my Messy Mawma wine here, they're like, 'Mommy, you're acting silly' and I'm like, 'I'm fine.' But they will never meet Dren. Dren will hopefully go away. She needs to be exorcised.

It has been a messy season so far, but it does seem like everyone's getting to a place of understanding and getting along again. Is it going to stay like that?

No. It's like any other family, when you get together for the holidays, there's gonna be drama. People are gonna argue, then you get over it and move on and then you wait until the next fight. So it's kind of like that for us, we're all brothers and sisters, we get on each other's nerves and it's not always gonna be a cookie cutter relationship for us. I kinda appreciate that us, because we're not fake. If someone's annoyed, we say we're annoyed. Back in the day, I feel like we did the exact same thing. We all just have strong personalities and if someone's uncomfortable or they're not having it, we just say it and that can result in a month fight. I feel like at the end of the day, we always make up and we're like, 'We're good for now.

The group text is okay at the moment?

Lastly, it was announced that Vinny is joining Dancing with the Stars and you competed on it yourself back in the day. Do you have any advice for him or how do you think he'll do?

We're actually talking about it in group right now because the news just broke and we were like, 'Cool, Vinny, thanks for telling us.' We tell each other everything, we can keep secrets.