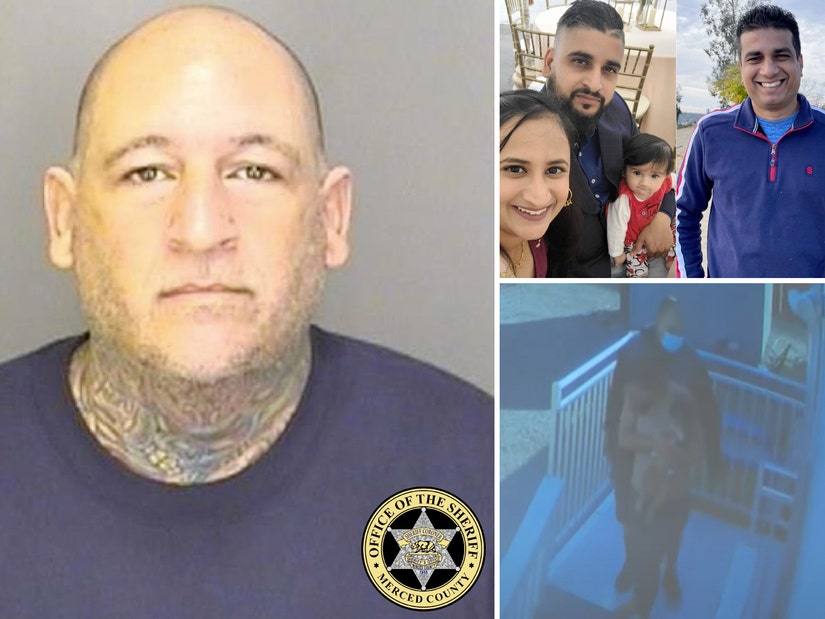 "This to me was pure evil." 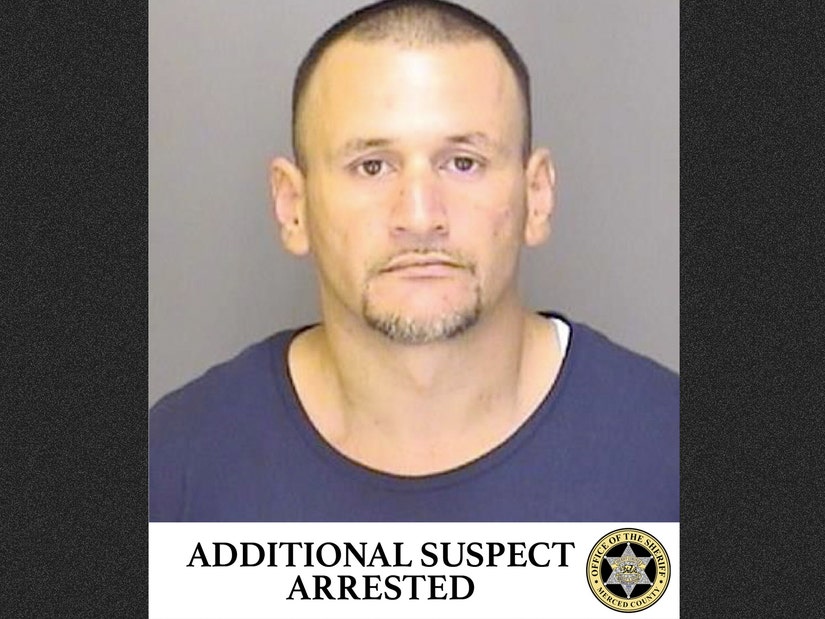 Per the AP, Salgado worked for the family he's accused of killing and they had been feuding for about a year. Merced County Sheriff Vern Warnke added that things "got pretty nasty" in text messages and emails, but no further details about their ongoing dispute were revealed.

A relative, however, also told KTVU that Salgado drove a truck for the company, but was let go and "harbored anger over that."

Warnke said he believes the family was killed within an hour of the kidnapping. "This to me was pure evil," he added.

Four family members who were seen on video being led from their business by gunpoint on Monday have been found dead.

The bodies of 27-year-old Jasleen Kaur, 36-year-old Jasdeep Singh, their 8-month-old daughter Aroohi Dheri and the baby's 39-year-old uncle, Amandeep Singh, were found by a farm worker around 5:30pm on Wednesday in a rural area of Dos Palos, California.

"Tonight our worst fears have been confirmed. We found the four people form the kidnapping and they are, in fact, deceased," Merced County Sheriff Vernon Warnke announced in a press conference last night.

"There's no words right now to describe the anger I feel and the senselessness of this incident ... there's a special place in hell for this guy and I mean it," he continued. "What we're gonna deal with tonight is bad and we're gonna be out here all night having to deal with it."

A press release from the Merced County Police Department said they were found "among the rows of an almond orchard" after being "kidnapped" earlier this week.

A suspect was taken into custody on Tuesday, though no formal charges have yet been brought against the 48-year-old -- who police say "attempted to take his own life ... prior to law enforcement involvement." Warnke said the suspect has given them information they're "going to keep close to our chest at this time" -- adding, "But the suspect has, in fact, been talking to us." Police also believe others may be involved.

"Our focus now has turned to the prosecution of this horrific crime," police said in a release. "With the assistance of the California Department of Justice Investigators have been processing the scene since last night. We are not releasing any details about the crime scene or speculation on any motive or cause of death as this is an ongoing investigation. As soon as we are able to give more details we will. Again, our focus has now turned to the prosecution of this case."

They added investigators are still interviewing the suspect, before saying, "Our thoughts are with the family in their time of grief and we ask that everyone respect their privacy."

On Wednesday, officials released surveillance video of the kidnapping -- in which both Jasdeep and Amandeep Singh are seen arriving to their business on Monday morning. Shortly after, a man can be seen approaching Jasdeep with a trash bag in his hand, before putting down the bag, pulling out a gun and following the victim inside the business.

After a few moments, the suspect and the two brothers are seen being led out of the building by gunpoint, with their hands appearing to be tied behind their backs. They're loaded into a pickup truck, before it drives off and returns just six minutes later. The suspect then enters the business again, before emerging with both Jasleen and baby Aroohi.

The investigation into the family's disappearance began when Amandeep's vehicle was found on fire around noon on Monday. After trying to reach the registered owner of the truck, they were able to contact another member of the family, who attempted to contact Jasleen, Jasdeep and Amandeep to no avail. They were then reported missing.

"During the primary investigation, Detectives determined that the individuals were kidnapped," police said at the time.

The Merced County Sheriff's Office has asked anyone with information regarding this incident is asked to call (209)385-7547.