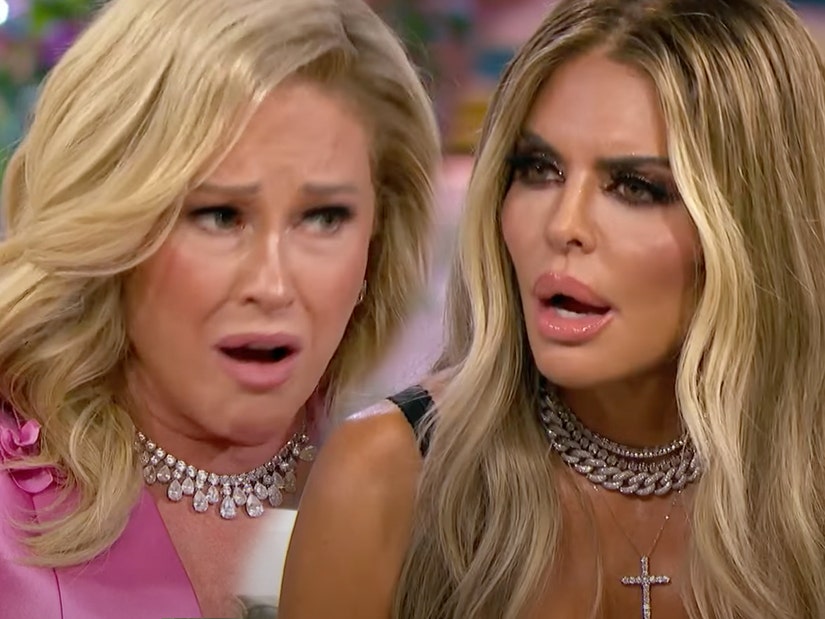 Kathy Hilton came hard for Lisa Rinna in the trailer for the upcoming "Real Housewives of Beverly Hills" reunion ... but Rinna appears to be laughing off all the drama.

On Thursday, Bravo dropped the explosive sneak peek of the reunion, in which the two costars go at each other following a pretty confrontational ending to the season. For those who haven't been watching, Rinna has accused Hilton of spewing some pretty vile comments about both her sister Kyle Richards and the rest of the cast during a drunken rant in Aspen.

In the footage, Kathy accuses Rinna of fighting "with everybody," citing Lisa's past feuds with both Kim Richards and Lisa Vanderpump.

"You fight with everybody. What you did to my sister and you drove Lisa Vanderpump off the show, the list can go on and on," says Kathy. "You are the biggest bully in Hollywood and everyone knows it."

For her part, Rinna says she was "f---ing abused by Kathy Hilton."

On Friday morning, Rinna reacted to Hilton's slam going viral on her Instagram page, posting a photo of her as an M&M from an Academy Awards campaign the candy brand did in 2008. Her caption: "The biggest bully in Hollywood, And everyone knows it."

Andy Cohen clearly got a laugh out of her post, as he captioned, "👏👏👏👏." Erika Jayne, meanwhile, added a confused face emojj.

Near the end of the season, Kyle claimed her sister hired an investigator to look into a "leak" in the group after stories about Kathy's alleged meltdown and possible cease and desists started popping up in the press. The investigator apparently claimed some of the leaks were coming from Erika Jayne's publicist -- which Erika called a "convenient" theory and Rinna called "bulls---."

Lisa Vanderpump chimed in on all the drama on Twitter after Wednesday's finale aired, tweeting, "Haven't watched in years….but I hear you. Truth prevails goodnight."

It's unclear what "truth" she was referring to, but LVP has bad blood with almost everyone on the show after they accused her of also leaking stories to the press during the whole Puppygate scandal.

The reunion kicks off next Wednesday night on Bravo. 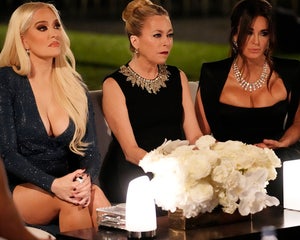