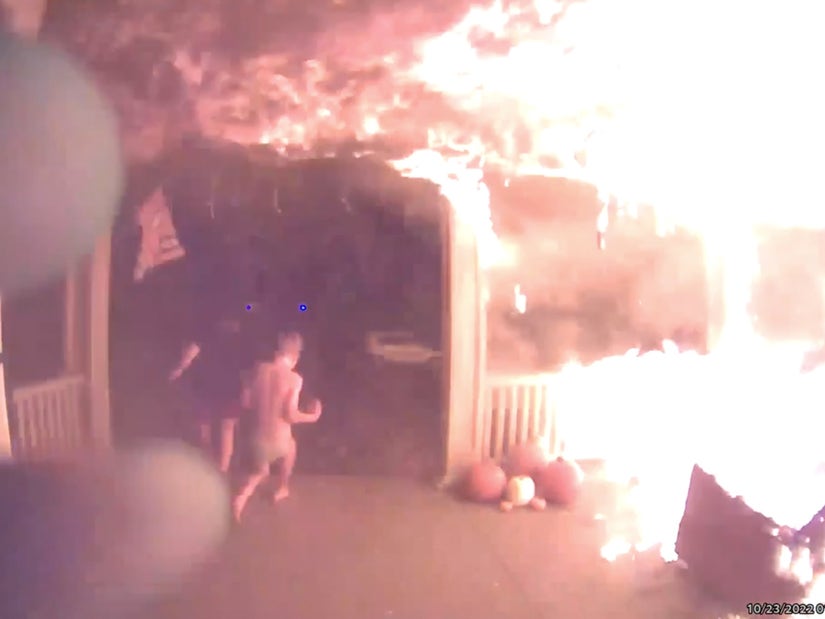 "Another five minutes, I don't think they would have got out."

A family of four is safe after a man who made a wrong turn onto their street saved them from a house fire.

Brendon Birt turned onto the family's street around 2am on October 23 by accident and noticed a blaze on the Lehman family's front porch. Ring camera footage from the home shows him stop his car, before approaching the house to bang on its windows to try and alert anyone who may be inside.

Moments later, three children -- Kindred, 17, Spirit, 14, and Chris, 8 -- run out screaming as the porch is engulfed in flames. Their 22-year-old brother Bryce rushes out a minute behind them. Their parents were not home at the time, as mom Tender Lehman was dealing with a family emergency out of state and their father was working.

Sadly, five of the family's seven dogs -- two of which were emotional support animals -- died in the fire.

"They told me that the steps to get downstairs when they ran out the door were on fire already,” Birt told CNN. "So another five minutes, I don't think they would have got out."

The homeowner said they didn't have insurance due to a problem with the roof and, in a GoFundMe campaign, a family member added "they are homeless and have nothing left." The fundraising page said the home was "a total loss," while also praising Birt as "our hero" who "got everybody out with seconds to spare."

So far, they've raised more than $21,000 of their $30,000 goal and were loaned a camper by a family friend for the four children, two parents and two dogs to live in for the time being.

"There's six of us," Lehman told the Des Moines Register, "Under normal circumstances, I don't think it would be as cramped." She added that the support from the town has "been overwhelming."

As of this week, the Red Oak Fire Department still hadn't determined what sparked the blaze.