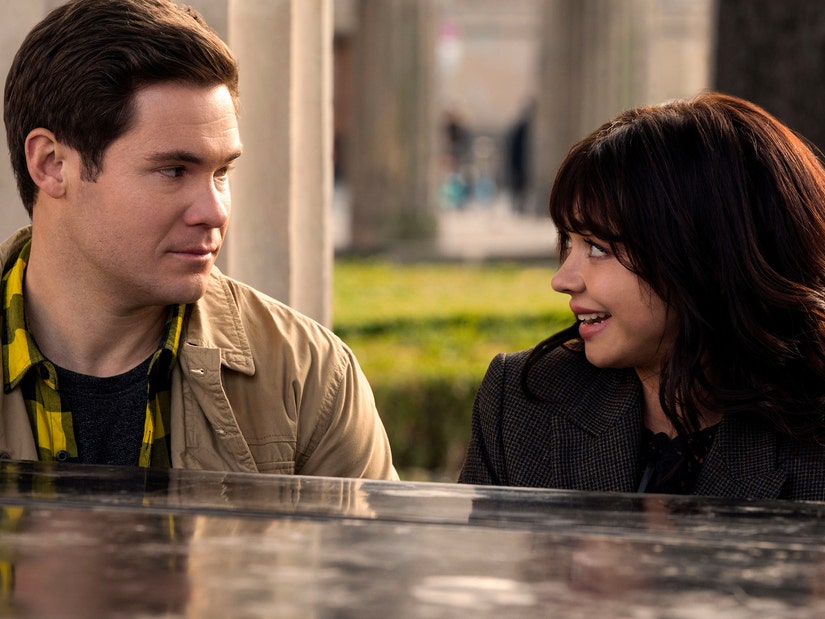 Devine spills on the challenges of "playing this talented psychopath again," while Hyland shares how "nerve-wracking" it was to put her singing voice front and center.

For Devine, the show is a return to the franchise after Bumper was last seen bombing an audition on "The Voice" in 2015's "Pitch Perfect 2." This time around, however, Bumper isn't the villain of the story -- giving him a new sandbox to play in as a fully-realized character.

"The most satisfying aspect was playing this talented psychopath again, because that character was so much fun to play," Devine told TooFab ahead of the premiere, crediting the first "Pitch Perfect" film as "the only reason I have any kind of movie career at all." 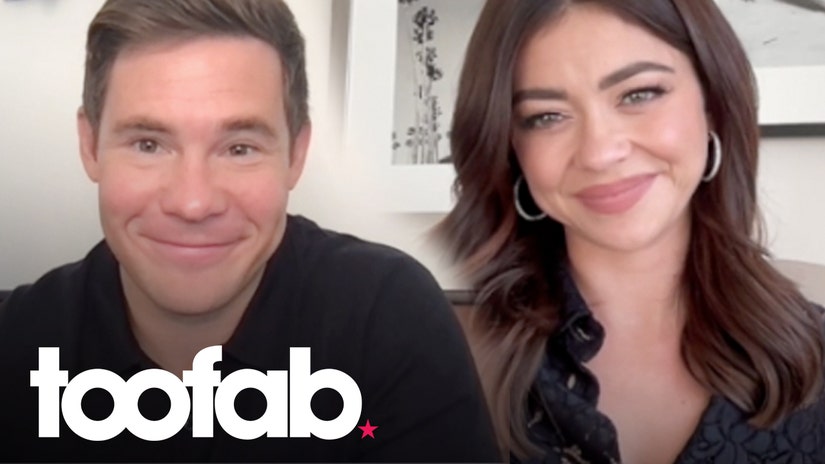 "He never really got to have closure because he wasn't in the third movie, so I really lucked out with this series. I get to go back and show how far he's come in those seven years since we've seen him last, and how he is currently trying to become a better person and grow," he continued. "I would say that was the hardest aspect of it, was finding those moments to give the fans what they want, which is him being the talented little psycho, but also make him feel like a fully fleshed-out real life person."

For Hyland, the series gives her a chance to really show off her vocal chops unlike ever before. Though she's known for her work on "Modern Family," the actress is a lover of musical theater who has also performed in shows including "Grey Gardens" on Broadway, "Hair" at the Hollywood Bowl and even a musical parody of "Scream" in Los Angeles. Though she auditioned for a role in the second "Pitch Perfect" film, the press notes for the show say it just didn't work out due to her schedule.

"It's just so much fun to be singing again, and especially being part of the 'Pitch Perfect' franchise, and singing alongside Adam. Our voices blend really well together, and sometimes that just doesn't happen with people," Hyland told TooFab. "You can have two amazing singers, and their voices just don’t blend well. So, we're very lucky on that aspect."

While a lot of fun to highlight her voice, she also said it was "nerve-wracking and exciting, purely because a lot of people don't know I come from a Broadway background." Added Hyland: "I'm really happy people can see that now."

Like Bumper in the film, the two stars said they're both caught off guard whenever they're recognized outside of the United States. The series filmed on location in Berlin and, according to Devine, "it felt like 'Modern Family' was on all day, everyday in Germany."

"I kept sending her videos of her like speaking in German, which is fun to watch," he said, referring to the dubbed vocals when the show aired on TV. "It's always pretty dumbfounding to me that anywhere outside of America, people know who I am, so it's pretty cool."

"It's always weird, but we're just so appreciative of the people outside of the States being fans of the show," added Sarah. "I mean especially when I've gotten people sending me stuff of like, 'I'm Haley,' in Germany or France or wherever."

"Which is like really cool and everything and you're just like, 'Man, I wish I could be fluent in this language to see how like you act compared to me,'" she added, "like you're probably better."

See Hyland and Devine in action when "Pitch Perfect: Bumper In Berlin" hits Peacock on November 23.