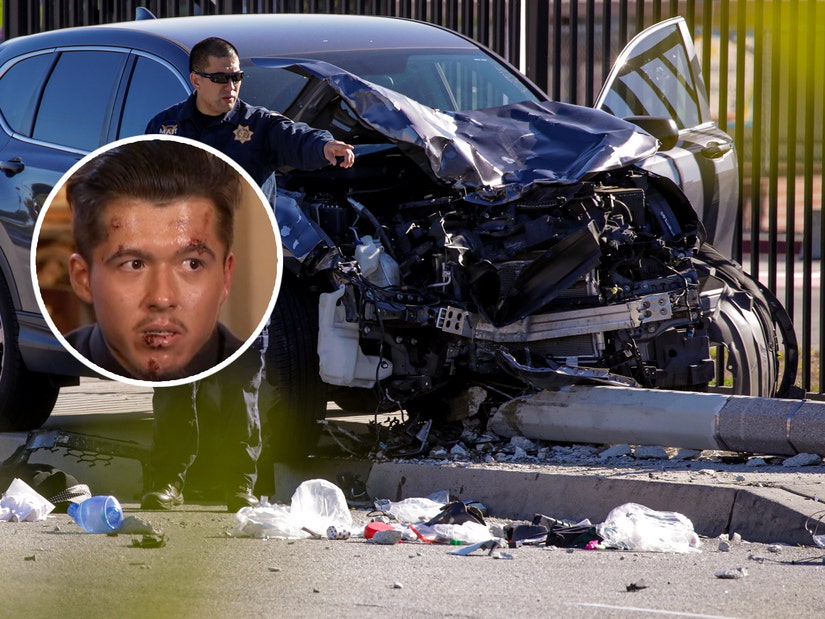 In his first TV interview, Nicholas Gutierrez says "I feel bad it happened."

22-year-old Nicholas Joseph Gutierrez is denying he intentionally drove his SUV into a group of police recruits after he was arrested -- and released -- on suspicion of attempted murder on a peace officer(s) last week.

Last Wednesday, a group of approximately 75 recruits were on a jog as part of training in Whittier when a Honda CR-V going 30-40mph in the wrong direction drove right into them. The vehicle then struck a light pole, with the driver sustaining minor injuries before cadets detained him and he was taken to the hospital.

Los Angeles County Sheriff Alex Villanueva later said investigators "developed probable cause to believe [the crash] was intentional," but Gutierrez was released from jail, with authorities saying they did so to give investigators time to build a stronger case for prosecutors.

Gutierrez made his first public statement on the crash in a new interview with NBCLA, in an interview which aired in part on Monday morning before the full piece airs this evening.

"I've been living in it like I woke up in a nightmare. I didn't intentionally do it. I wish it never happened. I feel bad it happened," he said in the preview. His mother is also seen saying, "As a mom, you never want to see your children go through this, never."

Per NBC, Gutierrez's attorney claims the injuries to his face weren't from the crash, but were suffered while being detained.

"I was just stunned and they dragged me out," Gutierrez said, per the outlet. "I asked if everything was ok. They tried to say that I did it intentionally, which I didn't. I kept on telling them I didn't."

His full interview airs tonight on NBCLA News at 11pm.

Gutierrez's attorney also told Fox News on Sunday her client drifted off before the crash and veered into the wrong lane. She said he also comes from a "proud law enforcement family," with relatives who work for LAPD, California Highway Patrol and Los Angeles Sheriff’s Department.

"He's a good kid that fell asleep on his way to work early in the morning," she added in another statement to the LA Times. "All indications in the preliminary investigation are that there's no evidence whatsoever that this was intentional."

25 cadets were injured in the crash, with Villanueva initially saying 16 suffered minor injuries, four had moderate injuries and five were critically injured. On Sunday, LASD said four recruits still remained in critical condition, while the rest have been released from the hospital. "Alejandro Martinez, has suffered setbacks that have left him in grave condition," they added. "Please keep him and his family in your prayers."