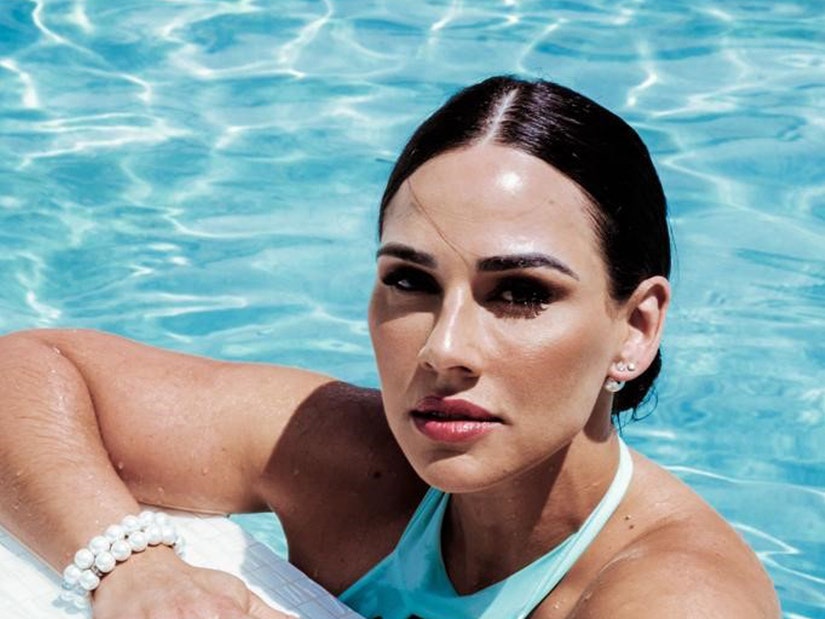 Arlyn Broche is feeling cool, calm and collected about portraying the woman who helped build Dwayne "The Rock" Johnson into the superstar he is today.

In fact, Broche says she relates to Garcia and her determination to become an industry powerhouse as she's learned to grapple with the struggles that come with being a Cuban-American actress in the entertainment business.

"Young Rock" tells the story of the WWE icon-turned-movie star's humble beginnings and his journey into stardom as well as featuring the story of the woman behind his rise to fame. While running for president in 2032 in the series, Johnson takes a comedic approach to looking back at his extraordinary life. Season three of the series, which has already started airing, chronicles the highs and lows of the Rock's time with the WWE.

Check out our interview with Arlyn below... 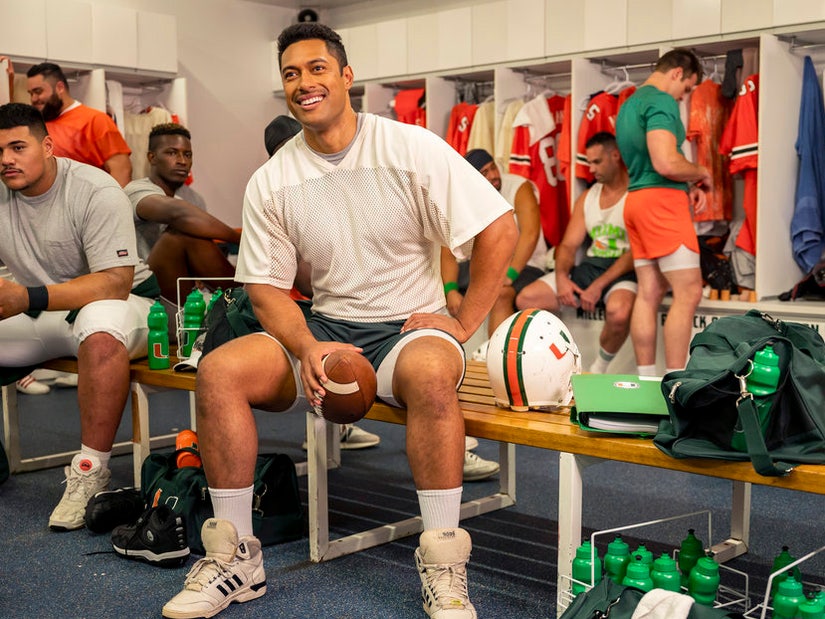 What's it like working with The Rock and Dany? You seem to be a favorite for their TV shows?

Well, I worked with them the first time on "Ballers" which was great --Tanya the pharmacist for HBO -- and then this time around it was definitely an honor to book the role of Dany on the story of Dwayne's life on NBC's "Young Rock." I feel that it's definitely a story that needed to be told because there is so much in what they've done as a team. And [it's] absolutely an honor to play Dany [and] to bring her story to life.

Knowing that Dany and Dwayne still have a truly "happy" ending though their relationship transformed from a failed marriage to one of Hollywood's most successful business partnerships, what's it like portraying Dany in those early years of their relationship?

Well, I spoke to her last year when we were filming season two in Australia. I spoke to her on the phone because she's always been a very private person... One of the things that we talked about was, who Dany is and how much of a support she's been in Dwayne's life from the beginning of his life and his career as far as when he took on wrestling and when he … transitioned … you'll see it as the story unfolds.

We have episode two of season three, we get married. I mean, you see the whole thing unravel and it's hilarious -- not the wedding, but everything that happens around it and all the people that come in and out of the scenes. So it's definitely amazing because they've been able to maintain this relationship where, yes, they've been able to build and build and grow and just add so much value to the community, to the entertainment industry, to the world overall with the businesses and with the media and all that they do. 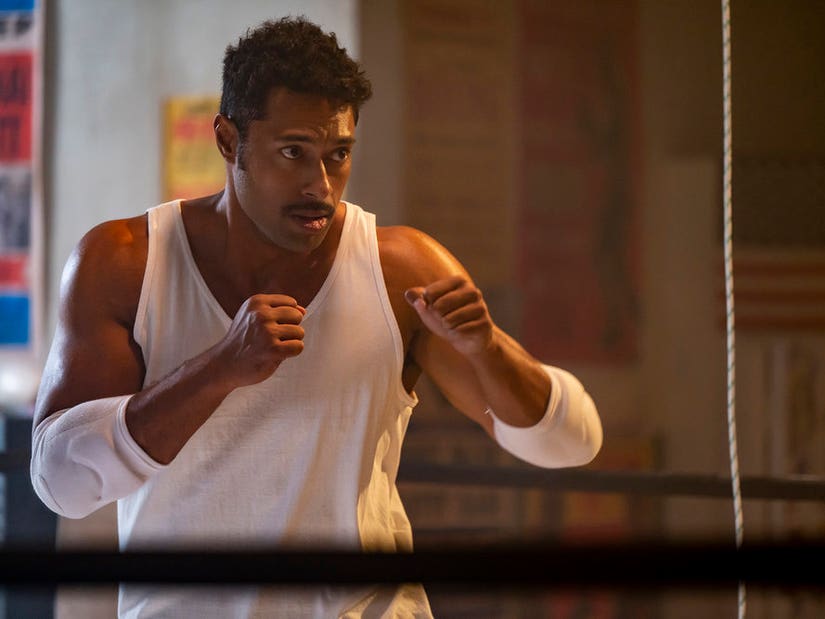 How have you prepared for the role, have you felt a lot of pressure working so closely with the woman whose legacy you are trying to bring to life?

Well, I mean...like I said, last year when I was in Australia, I spoke to the producers [and] I said, I really want to talk to her and really get from her you know, the things that were not that clear. She told me... 'there couldn't have been a better person to have played this role' and she said, 'I hand picked you because I feel that ... you're gonna get the job done. You've done incredibly.' I mean, she's been very happy with how I portrayed her on the show. And [so] no, I don't feel the pressure. I mean I put in the work and I feel it's come out really, really, really good. I'm excited and I'm proud of that. 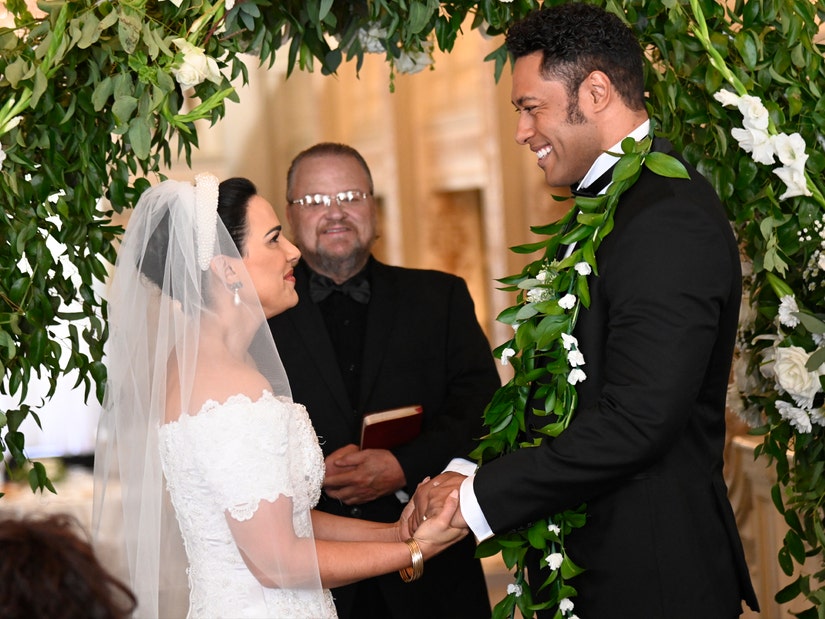 What is one of your favorite on set memories from 'Young Rock?'

To date? I want to say the wedding, the wedding we've had. [Editor's Note: the wedding episode has already aired.] I've had many you know scenes with Uli, my counterpart who plays adult Dwayne. He is phenomenal, such a great actor, so talented, and a kind human being. So the wedding, and it's crazy because we got some pictures from Dwayne and Dany's wedding, back in the day, and the resemblance is crazy with Lucy and me and you gotta see it. I'm gonna see if I can send it to you. Maybe you can put it on your….But yeah, it was pretty, pretty funny. That's been my favorite scene. So far, the wedding scene.

Would you say that’s what you're most looking forward to fans seeing in season three?

Well, I mean, I'm looking forward to fans seeing how the story unfolds and how everything falls into place, and how you know because… this is all like looking back, like you see Dwayne Johnson today, and then you're learning the whole trajectory. So I'm excited for them to see the story overall, and Dany's a big part of that story. She's a pillar of support, of strength, of guidance, of love. So there's a lot that goes into that, you know, there's so much and that’s why I feel that they've been able to maintain such a beautiful relationship, because aside from the fact that they fell in love and they got married, you know, they always had a very solid bond and a solid relationship. 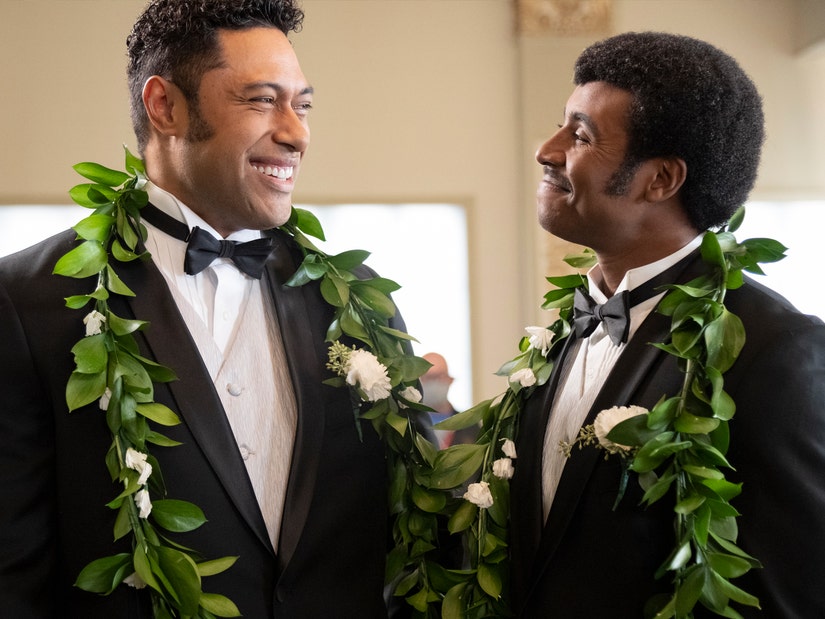 Stepping into Dany, have you related to her/your character as you've both had to work very hard to get to where you are now?

I find a lot of things that I [can] relate to in Dany, and I admire her as a woman, as a professional. And I definitely do see things that I say, “Okay, I can understand this or I can see this or I can relate to it.” She always raises the bar so I feel that, I definitely feel a lot of admiration for her, and I do feel that in my personal and professional life. There are things that are definitely parallel with her. Of course, her career has skyrocketed and she has done so much. And I wish to one day be able to do the things that she's done. Similar, different, but within that, so definitely yeah, there's definitely things. You know I’m a business woman, my background is in business and I feel that it's pretty freaking cool what she's done.

Dany's a pro bodybuilder, and she's extremely jacked -- obviously so is The Rock. Her husband is also Dwayne's personal trainer for his movies. Have you ever been able to join them for any of their workouts?

I think that would be so cool. I would love to join the pro workout. I have never, but that's definitely something we can put out there, so if you want to headline "Arlyn requests or asks for a workout with Dwayne, Dany and Dave" that would be amazing. The three Ds [...]. Definitely. I love to work out. I work out five to six days a week. 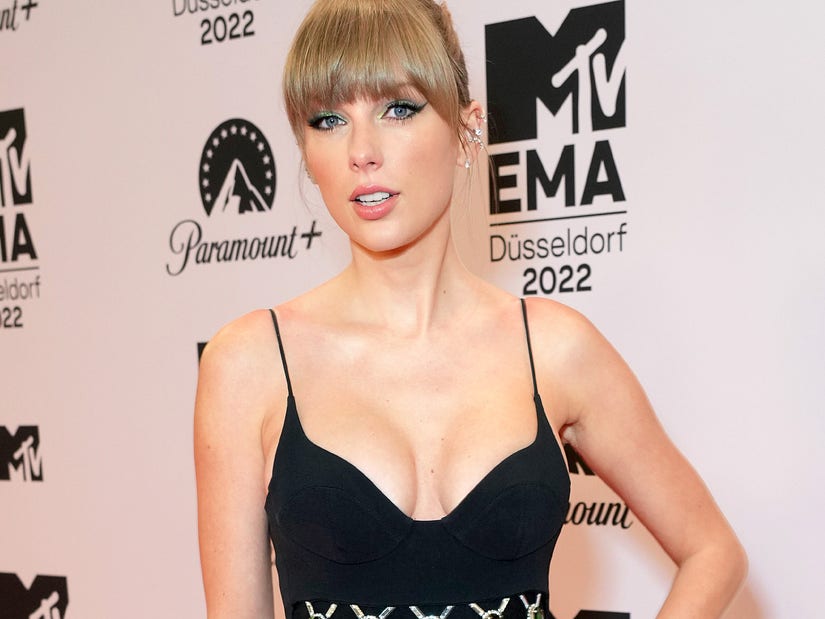