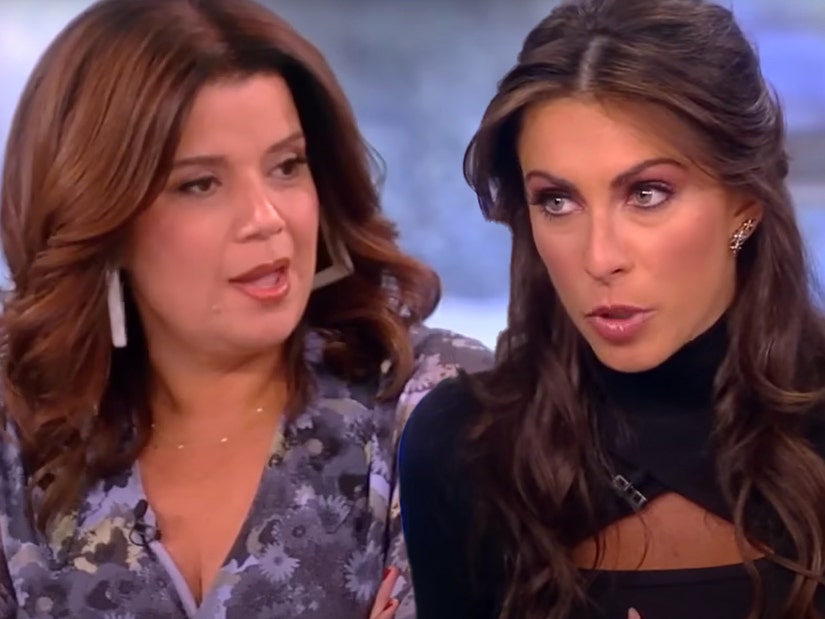 "The View's" newest permanent panelists -- Alyssa Farah Griffin and Ana Navarro -- started off the week by throwing some shade at one another.

During a Hot Topics discussion on Monday's episode about "toxic femininity" and toxicity in the workplace, Griffin -- who was previously a member of the Trump administration -- shared her experience of working with both men and women, and how it differed. 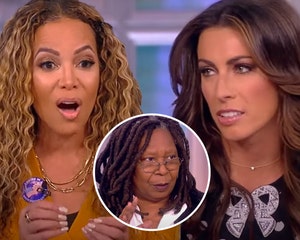 The View: Whoopi Goldberg Intervenes After Sunny Hostin and Alyssa Farah Griffin Get Into Heated Spat

"We've come a long way in kind of critiquing some of the male practices that are not helpful and that needed to be called out," Griffin said. "I think that women have made a ton of progress, but we can also be each other's worst enemies. It's still the case, and I hate to say, some of the worst bosses I've had have been women and sometimes colleagues in the workplace who are women. And I always think of the Madeleine Albright quote ..."

With a smile, Griffin snapped, "I can't really get a word in without you attacking me. So, I wouldn't say this is a totally different environment of women supporting each other."

"Oh, I haven't attacked you [yet]," Navarro calmly hit back, while Griffin continued to talk over her.

She didn't respond to Navarro's remark and went on to complete her thought. "But Madeleine Albright's always said, 'There's a special place in hell for women who don't help and support other women,' and it's something I try to live by. I think we have a duty to kind of give that back especially for the women who come after us."

While her brief confrontation with Navarro was rather tame, Griffin really got into it with another panelist -- Sunny Hostin -- last month over previous comments Hostin had made about Republicans, in which she appeared to compare white, Republican women to "cockroaches," saying their voting is "almost like roaches voting for Raid."

The heated spat prompted mediator Whoopi Goldberg to intervene, and cut to commercial. Click here to see what went down -- and how Griffin and Hostin appeared to reach an understanding.