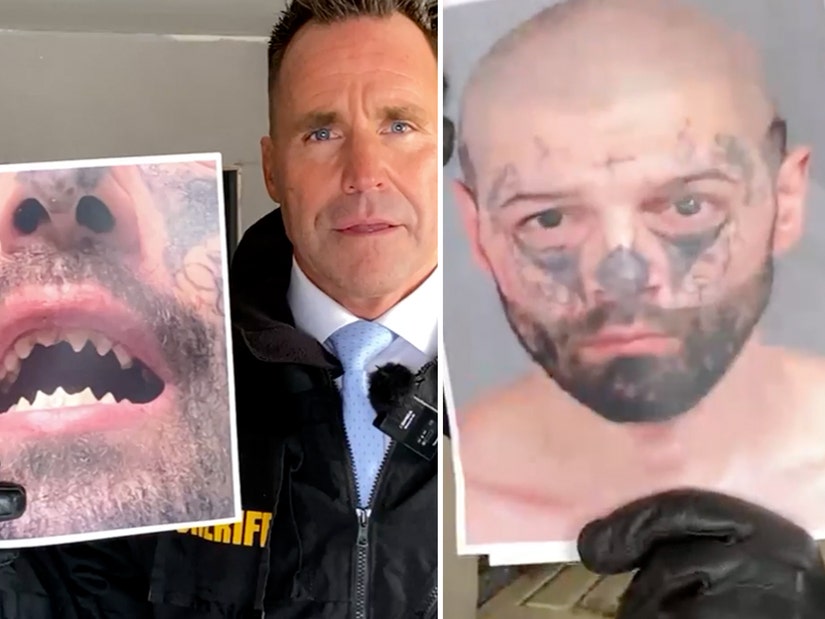 "This guy used this opportunity to not only sexual assault, but have people come over and human traffic her as she was tied forcibly to the bed as she was assaulted," police said

Warning: The following allegations are disturbing.

A man in Michigan with sharpened teeth stands accused of kidnapping and assaulting a pregnant woman he also threatened to "rip out" the throat of, the Genesee County Sheriff's Office said this week.

In a Facebook video, Sheriff Chris Swanson detailed the horrific treatment an expecting woman in her 20s endured allegedly at the hands of Michael Barajas, 36, for three weeks after she was "kicked out of her house" the week of Thanksgiving.

According to Swanson, the victim was on the streets when Barajas offered her "a shower, food, warmth," which she accepted. Instead, Swanson said the man brought her home, before he ultimately locked her in a room and tied her to a bed. The windows in the home were also reportedly screwed shut.

"This guy used this opportunity to not only sexual assault, but have people come over and human traffic her as she was tied forcibly to the bed as she was assaulted," said Swanson. "We're talking multiple suspects."

The first time, she ran out an open door but was allegedly "chased down, shot at" and brought back to the home. A second escape attempt also allegedly ended with her once again brought back to the home. The third time, she suffered a "medical emergency" and was seen by hospital staff who realized she needed help and contacted authorities. Barajas was arrested December 8 by G.H.O.S.T., or The Genesee Human Oppression Strike Team.

"The whole scenario is so bizarre because Barajas threatened that if she didn't do anything he told her to do, he would bite her neck and rip out her throat," Swanson explained, as he showed photos of Barajas filed-down teeth while walking through a dilapidated home he said was "very similar" to the one in which the victim was held.

He also said the woman was a victim of "grooming," saying Barajas preyed on her vulnerability and allegedly even forced her to refer to him as "Daddy" in a hand-written note. 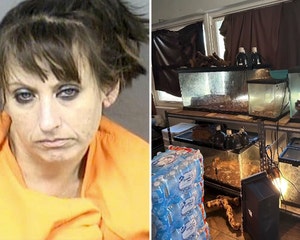 He's being held on $250K bond and will appear in court for a probable cause conference on December 22.

"This guy, he's a monster," he added -- before saying the victim is "being well-cared for."

"There's more out there because people came to that location," warned Swanson, saying the investigation was ongoing.