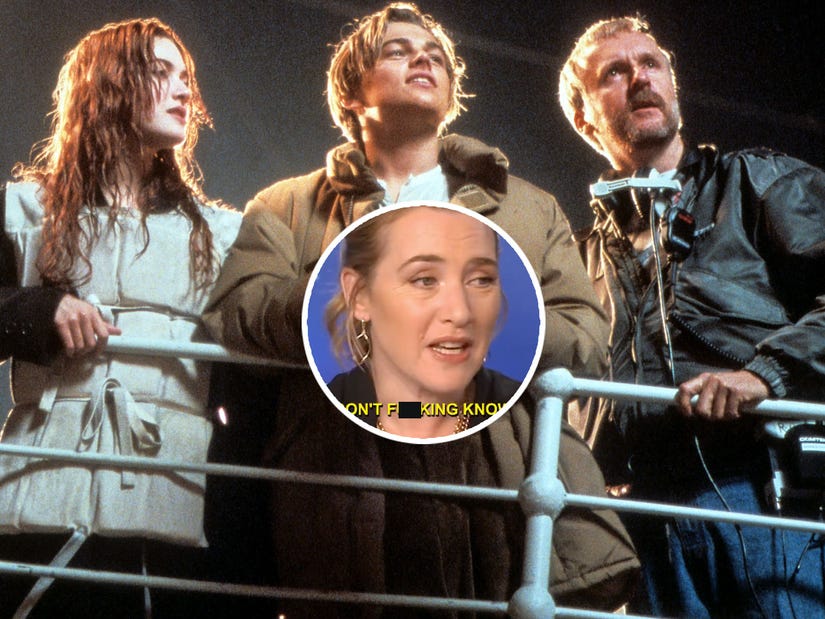 "You heard it here for the first time," says Winslet -- while James Cameron says he recently did a "thorough forensic analysis" to prove it too.

It's a debate that's been raging for 25 years: Could Jack have survived at the end of "Titanic" if Rose had just moved over a bit and let him onto that floating door?

James Cameon has previously called the debate "silly" and stands by his story choices for killing off Leonardo DiCaprio, while Leo himself refuses to chime in on it. Though Kate Winslet admitted back in 2016 she believed Jack could have fit, she now says she's not so sure that would have helped matters much.

Speaking with Josh Horowitz (below), Winslet was once again asked "the question you all hate getting asked" ... as he wondered, again, "What's your attitude after that silly question after all these years?"

Kate Winslet has the answer to your (or my?) TITANIC door question FINALLY!

"One thing I can honestly tell you, if you put two adults on a standup paddle board it becomes immediately unstable," she explained. "I actually don't believe that we would have survived if we had both gotten on that door. It would not have been a sustainable idea."

"So you heard it here for the first time. Yes, he could have fit on that door, but it would not have stayed afloat," she added.

"I think it's all kind of silly, really, that we're having this discussion 20 years later," Cameron told Vanity Fair when the film's 20th anniversary came around in 2017. "But it does show that the film was effective in making Jack so endearing to the audience that it hurts them to see him die."

"The film is about death and separation; he had to die," he said. "Had he lived, the ending of the film would have been meaningless." 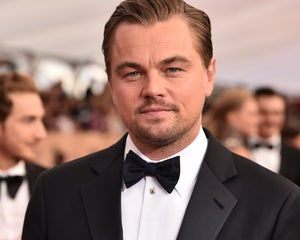 Leonardo DiCaprio Proves You Don't Even Need A Floating Door To Help Someone, Rose

The debate raged so fiercely for so long that the gang over at "Mythbusters" actually explored it in one of their episodes back in 2012. To show the power of this discussion, "Mythbusters" hosts Adam Savage and Jaime Hyneman claimed it was the most requested myth in the history of the show. Cameron appeared in the episode to see their results for himself, and while it was possible they could both survive according to "Mythbusters," it would have taken a little bit of creative engineering.

According to the episode, Jack and Rose would have needed to add buoyancy to the door by tying her lifejacket underneath it. According to Cameron back then, as well, "The script says Jack died. He has to die."

In a more recent interview, Cameron said he's actually "done a scientific study to put this whole thing to rest and drive a stake through its heart once and for all."

"We have since done a thorough forensic analysis with a hypothermia expert who reproduced the raft from the movie and we're going to do a little special on it that comes out in February," he said, referring to the upcoming re-release of the film. "We took two stunt people who were the same body mass of Kate and Leo and we put sensors all over them and inside them and we put them in ice water and we tested to see whether they could have survived through a variety of methods and the answer was, there was no way they both could have survived. Only one could survive."

Winslet and Cameron have re-teamed for "Avatar: The Way of Water," in which the actress plays an alien queen named Ronal. She told USA Today she was "immediately on board" when the director approached her for the part.

"I'm a mother now, and he knows who I am as a parent as well as an actor," Winslet told the outlet. "And he certainly knows how far I can be pushed and the challenges that I'm happy to meet, so it made sense to me why he would consider that I might be interested in Ronal. Because that's who she is: a mother and a leader living with integrity and truth, and also physically very robust and resilient."

The actress even learned to hold her breath underwater for a whopping seven minutes and 14 seconds during filming -- adding, "I was amazed how good I was at it and how I just kept getting better."

The movie is in theaters now.