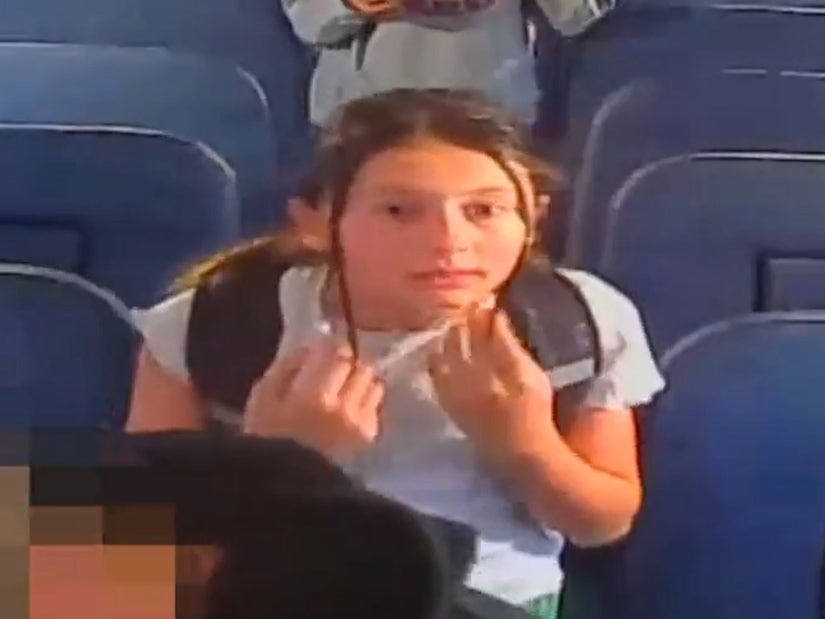 According to an arrest sheet, the girl's mom didn't report her daughter's disappearance because she "worried it might start a 'conflict'" between her and her husband.

The search for 11-year-old Madalina Cojocari continues, with the FBI now labeling her disappearance the "Most Wanted: Case of the Week."

On Wednesday, authorities released the last known video of the child, taken as she got off the school bus on November 21, around 5pm. The FBI shared the video, adding that they are "seeking additional witnesses outside of the family to narrow down the exact timeline of when she disappeared."

The child's parents previously told authorities they last saw her at home on the evening of November 23.

This is the last time investigators have independent confirmation of when Madalina was last seen. She got off the bus on 11-21-22, at 4:59 p.m. We are seeking additional witnesses outside of the family to narrow down the exact timeline of when she disappeared. #FindMadalina pic.twitter.com/dkStKHmjjB

The investigation into Cojocari's disappearance didn't begin until December 15th, however, after employees at the Charlotte-Mecklenburg School reached out to the girl's mother Diana "on several occasions to inquire" about her being absent. Diana eventually went to the school on the 15th and reported to the School Resource Officer that her daughter was missing.

After Cornelius Police Department opened the case, the FBI and SBI joined the investigation shortly after.

On December 17, both the girl's mother, 37-year-old Diana Cojocari, and her stepfather, 60-year-old Christopher Palmiter, were arrested for Failure to Report the Disappearance of a Child to Law Enforcement.

According to an arrest sheet (via Law&Crime), Diana said her daughter went to her room on November 23 to go to bed, before she got into an argument with Christopher that same evening. Palmiter allegedly then drove to Michigan to pick up items from family ... and around 11:30am the next day, Thanksgiving, Cojocari went to check on her daughter and she was gone. She said she waited until November 26, when her husband came home, to ask him if he knew where Madalina was. "Christopher stated he did not and asked the same question in return," notes the sheet.

She claimed she waited to report the disappearance because "was worried it might start a 'conflict' between her and Christopher." He, meanwhile, allegedly told police he did not see Madalina the day he left for Michigan -- and claimed the last time he saw her was a week before his trip. He said they both asked the other if they had "hidden" the child, but both denied it.

The sheet simply states Chris "spoke with Diana several times about Madalina's whereabouts over the next three weeks and both stated that they did not know where she was, but they did not contact the police to report Madaline missing."

Both Palmiter and Cojocari appeared in court this week, with the state saying Diana "hindered the investigation" and claiming she reported her daughter missing "begrudgingly."

The @CorneliusPD , #FBI, & @SBI1937 continue to investigate the disappearance of 11-year-old Madalina Cojocari. We need to make certain we speak to every person who may have info to help us create an exact timeline of when she was last seen. Call 704-892-7773. #FindMadalina pic.twitter.com/lkH6HUYGT0

Madalina is described as a white, 11-year-old female weighing approximately 90 pounds. She was last seen wearing jeans, pink, purple and white Adidas shoes, and a white t-shirt and jacket.

On Monday, authorities urged locals to "flood the area with her precious face" by hanging the FBI's missing posters "outside your home, in the window of every business, or share our official social media posts."

They also began to search a nearby lake as they expanded the search area for the young girl.