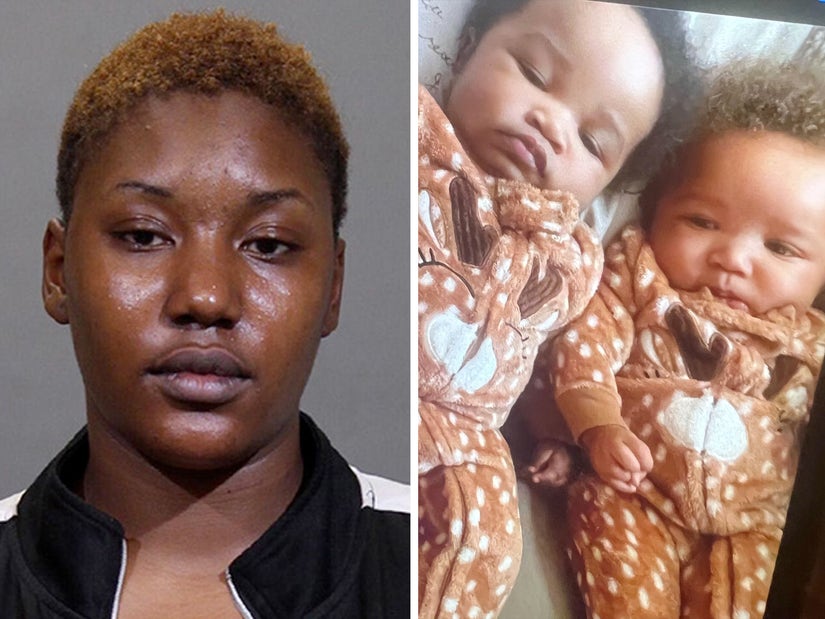 Both children were allegedly taken when the car they were in was stolen outside a pizza shop.

The search for the second missing 5-month-old boy is over, after Columbus police confirmed Kason was found Thursday night.

"Kason Thomass was found alive & safe in Indianapolis near a Papa John's pizza location," they shared. "The 5-month-old boy is in good health & being transported to a hospital to be checked out. Kason was found in the stolen Honda Accord & wearing the same clothes."

His suspected kidnapper was arrested hours before the announcement.

Kidnapping suspect Nalah Jackson was arrested on Thursday around 2pm in Indianapolis, following several tips -- but Columbus police say the missing 5-month-old, Kason Thomass, was not with her at the time of her arrest and is still missing.

The Amber Alert for the boy remains in place and will be extended to Indiana. According to Fox 28 Columbus, Jackson is "not cooperating with law enforcement."

In a press conference Thursday, Columbus Police Chief Elaine Bryant said, "We are relieved to have located the suspect and it takes us one step closer to locating Kason, but we will not stop searching until he is brought home safely."

Bryant said the location of the stolen Honda Accord is unknown at this time.

The family of 5-month-old Kason Thomass and police in Columbus, Ohio are pleading for suspected kidnapper Nalah Jackson to return the child -- who was reported taken when Jackson allegedly stole a car both the boy and twin brother Kyair were still in on Monday night.

While Kyair was found near the Dayton airport on Tuesday morning, there have been no sightings of Kason. A statewide Amber Alert is still in effect for the child. Per police, BOLO alerts were also issued for "five adjoining states with Ohio to help locate the child, suspect, and vehicle."

The car was stolen when the twins' mother ran inside a pizza shop to pick up a DoorDash order. 24-year-old Nalah Jackson -- who employees said left the pizza shop as the mother walked in -- was charged with two felony counts of kidnapping on Wednesday, though neither she or the four-door black 2010 Honda Accord she allegedly stole have been located. The vehicle was only recently purchased and has no license plate.

Surveillance images released so far appear to show Jackson pulling up to a gas station in the stolen vehicle, where she reportedly asked the cashier for money (below). The photos were taken before Kyair was dropped at the airport. Jackson's last confirmed sighting was at the airport, where police said she was seen asking people to use their phone.

"Kasan Thomass is still missing and our #1 priority is to bring Kasan home safely," Columbus Police Chief Elaine Bryant said during a press conference on Wednesday.

On Wednesday, the child's mother Wilhelmina Burnett continued to search the area near the gas station for her son and Jackson -- and sent her own message to the alleged kidnapper, via WBNS.

Family members reportedly gathered Wednesday for a vigil as well, where the twins' grandmother, LaFonda Thomass, spoke -- pleading with the community, "If you look at him and you see anything, see a precious child who's longing for his mother, we beg you, please, please, please do the right thing and just bring my baby home."

A powerful plea from a grandmother. She is begging for the safe return of her grandson, Kason. He is still the subject of a statewide AMBER Alert after being taken along with his twin brother in a stolen car. His brother was found yesterday at the Dayton airport. #10TV pic.twitter.com/W9Jweh7wod

First Assistant Chief of Police LaShanna Potts also spoke at the vigil, saying, "We are committed to finding baby Kason. We want Nalah to do the right thing ... We know she's capable of doing it because she did release one baby."

Anyone with information has been asked to call 911 or the Columbus Division of Police Special Victims Bureau at (614) 645-4701.

Investigators are releasing new photos of the stolen 2010 Honda Accord the suspect, Nalah Jackson, is suspected to be driving. That vehicle was taken from outside a Donatos in the Short North. These photos show the ripped temp tag and a bumper sticker that says Westside Toys. pic.twitter.com/1JvoMeL8kS