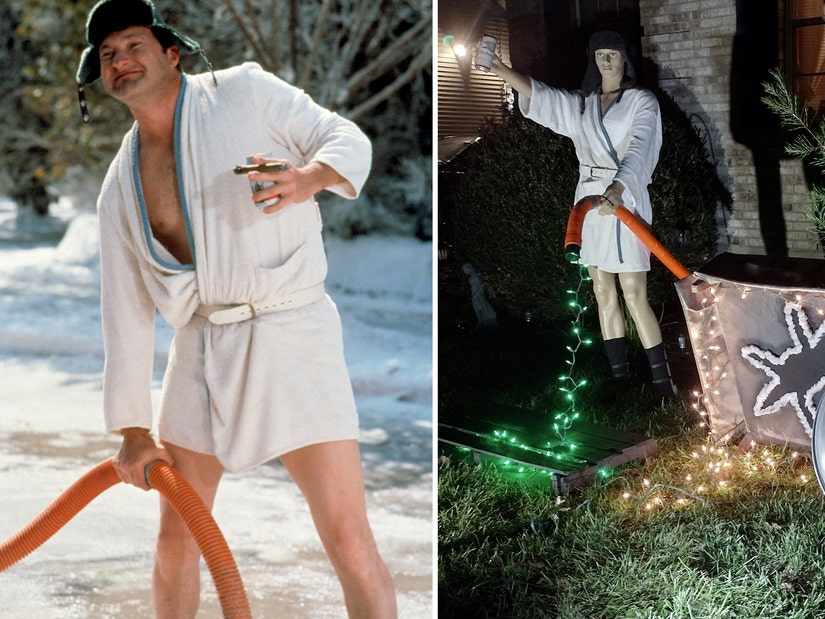 "He is exposing himself, and he has a hose between his legs," says dispatch in the hilarious 9-1-1 call.

Clark Griswold wasn't too thrilled to have Cousin Eddie swing by in "Christmas Vacation" -- and, apparently, that sentiment was shared by a neighbor over a holiday display of the same character.

According to an amazing 9-1-1 call from Shepherdsville, Kentucky, police were called to the home of Joni Keeney over a festive front yard scene recreating the movie moment where Randy Quaid's character empties sewage from his RV down the drain. The neighbor who called apparently thought it was the real deal.

"We have a male standing outside. He is naked. He has a robe covering part of his body. He is exposing himself, and he has a hose between his legs," the dispatcher can be heard telling responding officers in the call (via WDRB).

"Umm ... it's gonna be 'Uncle Eddie,'" the officer on the scene can be heard reporting back to dispatch after finding a mannequin instead.

Keeney put the display together herself, borrowing a beer can from one of their neighbors since her family doesn't drink.

"Everybody has a 'Cousin Eddie' in their family, everybody," she added, saying police even took photos of the display when they arrived. "I just want people to have a good Christmas and get a laugh."