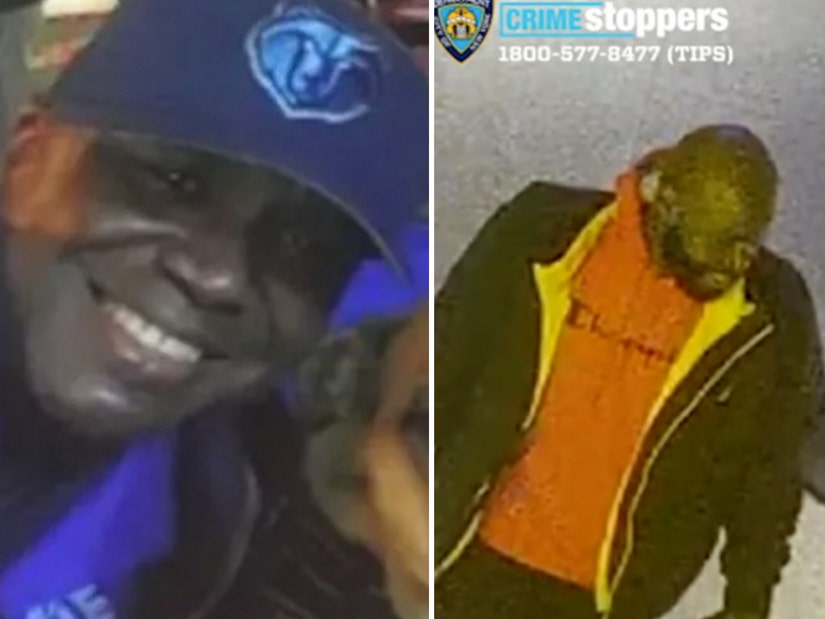 "On Christmas, they told me he was braindead," says the man's widow.

Police have released footage of the man they believe punched a bouncer who later died of his injuries, as the victim's family speaks out.

61-year-old Duane Patterson (left) was working at Billymark's West bar in the NYC neighborhood of Chelsea on Christmas Eve when a man (above right) reportedly tried to enter the venue as they were closing the for the night.

When Patterson attempted to stop him, the suspect allegedly punched Patterson in the face, causing him to fall back and hit his head on the pavement -- cracking his skull and suffering brain damage in the process. He was in a coma for four days, before he was pronounced dead at the hospital.

"On Christmas, they told me he was braindead," Patterson's wife Melissa Buchholz told the New York Daily News.

Patterson's widow told the outlet that surgeons removed his kidneys and liver for donation -- confirming "one kidney went to his sister." She went on to call him "a witty, beautiful man, beautiful soul, great father. Just a loving great man."

Crime Stoppers released footage of the man they believe was allegedly responsible for the blow which ultimately led to Patterson's death. A homicide investigation has also been launched, but no arrests have been made. Buchholtz told NYDN that no one at the bar recognized the suspect.

In addition to his wife of 26 years, Patterson also leaves behind a daughter, Arianna.

"On the early morning of Saturday, December 24th Duane Patterson, father, husband, and wonderful friend was terribly assaulted while outside on duty," she shared in a GoFundMe.

"Duane suffered a traumatic brain injury and was in a coma for four days. The intensive care he received was unfortunately not enough to revive his mind. The family is in need of emotional and financial support during this devastating time," she continued.

"Duane is a registered organ donor and we are taking every step possible to make sure others will be able to obtain what he has to give," she wrote. "He may not be able to continue on this earth but his contribution will ensure that others can."

"My father was such a strong, honorable person and was always quick to make us laugh! We will love you dearly always and forever," Arianna concluded.