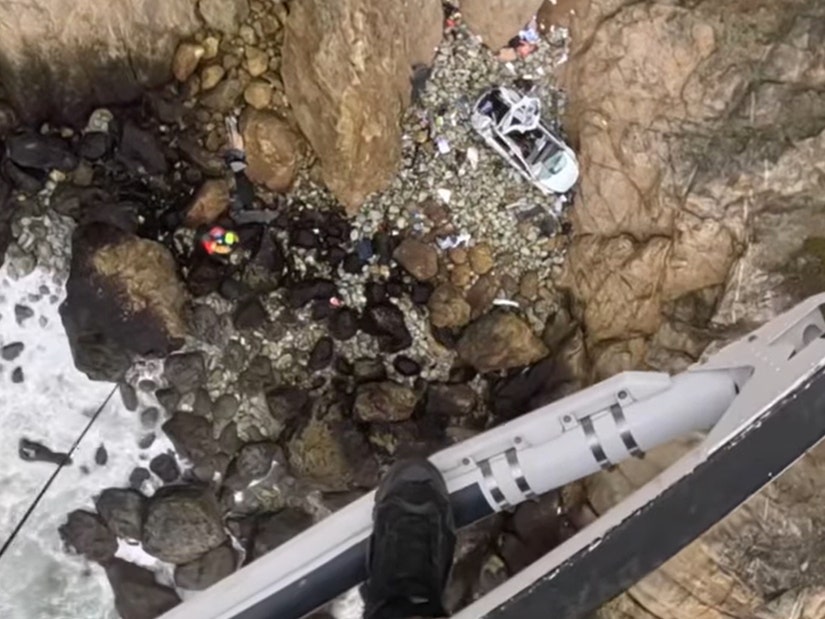 Following a dramatic rescue caught on camera, CHP believe the incident was "intentional."

A Tesla crash made headlines earlier this week when a dramatic rescue attempt was caught on camera after the car plunged 250 feet over a cliff in California. Now, one of the four surviving passengers has been charged with attempted murder and child endangerment in connection with the incident.

The vehicle went over the side of the Pacific Coast Highway in an area known for fatal wrecks dubbed "Devil's Slide" on Monday. It landed close to the water's edge, after seemingly flipping on its way down the rocky cliffside.

Two children -- a 4-year-old girl and a 9-year-old boy -- and two 41-year-old adults were eventually pulled from the wreckage. While the two kids were taken up the cliff in a basket before being brought to a hospital, the man and woman in the vehicle had to be taken away by helicopter.

The entire rescue was caught on camera and distributed widely earlier this week.

Speaking to the AP, Brian Pottenger, a battalion chief for Coastside Fire Protection District/Cal Fire, said it was an "absolute miracle" all four passengers survived. Initially, the CHP said they did not believe the Tesla's autopilot or self-driving modes contributed to the crash.

The story took a dramatic twist on Tuesday night, however, when it was reported that the man in the vehicle -- 41-year-old Dharmesh Arvind Patel -- was later arrested at the hospital where he was being treated for his injuries.

He'll be booked on three charges of attempted murder and two counts of child abuse upon his release, a spokesman for the highway patrol’s Golden Gate Division told NBC.

"Based on the evidence collected, investigators developed probable cause to believe this incident was an intentional act," the CHP said in a statement to the outlet.

At this time, it's unclear whether or how the four passengers are related.

This morning, a vehicle with 2 adults and 2 minors went over cliff at Devil's Slide in @sanmateoco. Witnesses saw the accident and called 911. The car plunged hundreds of feet down the cliff and landed on the beach. All four patients were successfully rescued. Watch the video! pic.twitter.com/HUM2SJ56Oy