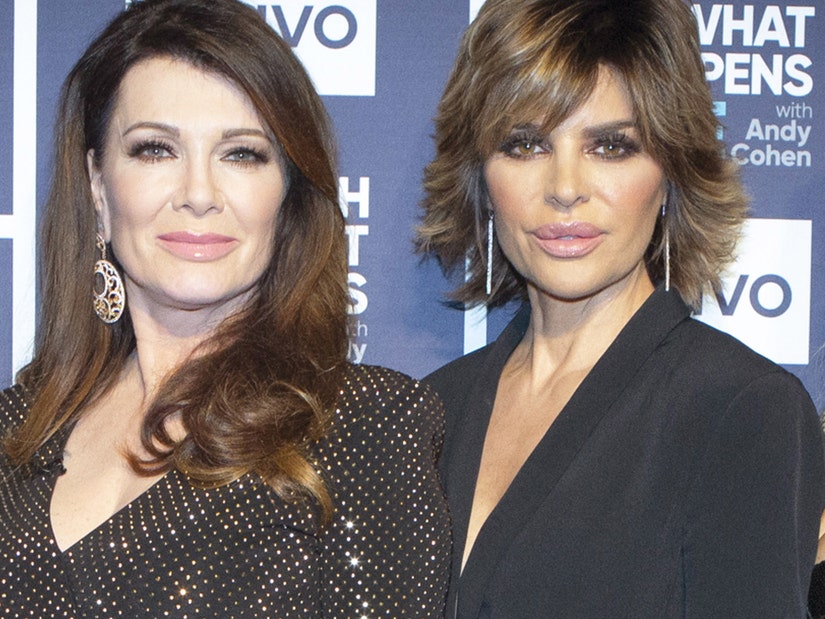 Lisa Rinna is out at "Real Housewives of Beverly Hills" ... and it didn't take long for one former nemesis, Lisa Vanderpump, to seemingly react.

On Thursday, the "Days of Our Lives" actress confirmed that she was out, with PEOPLE saying it was a mutual decision between her and Bravo after her contract expired following the most recent season.

"This is the longest job I have held in my 35 year career and I am grateful to everyone at Bravo and all those involved in the series," she said in a statement. "It has been a fun eight-year run and I am excited for what is to come!"

Shortly after the news broke, Vanderpump took to Twitter to share just two words: "Ding dong," as in, "the witch is dead."

She also responded to a few followers who called her out over her reaction:

Didn’t you say that already?

Kyle Richards apparently didn't love LVP's reaction either, as she was caught throwing a like on Twitter to one fan who responded to Vanderpump by saying, "Why didn’t you comment about vivienne westwood and have to comment on this?"

The news also got a reaction out of Sharon Stone, who commented on the Queens of Bravo Instagram page post about Rinna's exit.

Stone, who is neighbors with Dorit Kemsley and a board member for the now-infamous Homeless But Not Toothless charity, jumped into the comments to write "👏👏👏👏👏👏" -- though it's unclear if she was happy for Rinna's decision to leave, or thrilled Lisa was off the show.

Andy Cohen, meanwhile, was more diplomatic in his reaction to her exit -- sharing some fan art highlighting some of her most iconic moments (below) and adding the text, "An iconic run."