It's Robert Pattinson's birthday today, but "Twilight" fans are the ones getting a real present: The first clip from "Eclipse!" 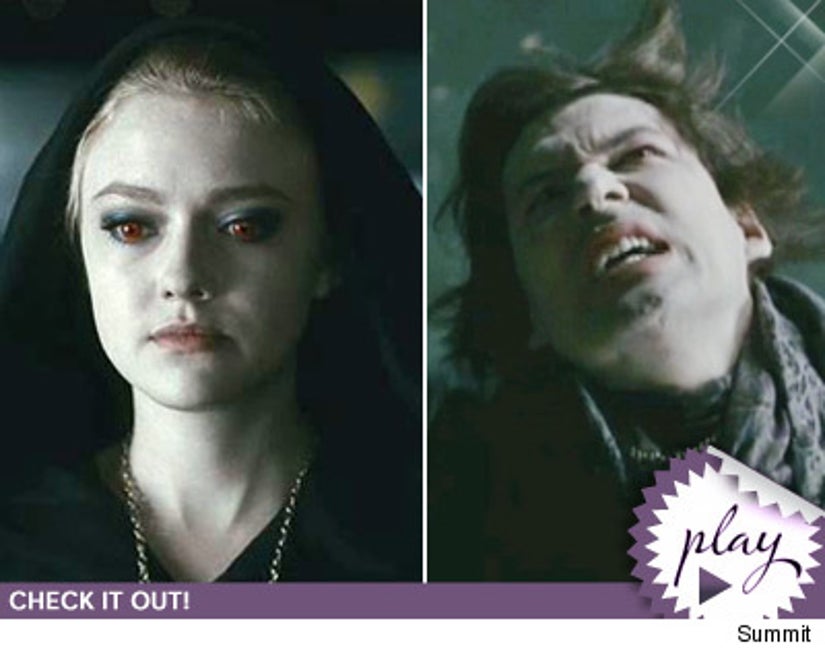 The clip, which was released over on iTunes this morning, features Dakota Fanning and the rest of the Volturi spying on a ravenous pack of "newborn" vampires.
(See more "Eclipse" photos.)

Check back later for more "Twilight" -- R-Patz, Kristen Stewart and Taylor Lautner will all be on Oprah.