Britney Spears wasn't the only one celebrating her birthday yesterday -- because Holly Madison had a party for her 31st last night in Las Vegas! 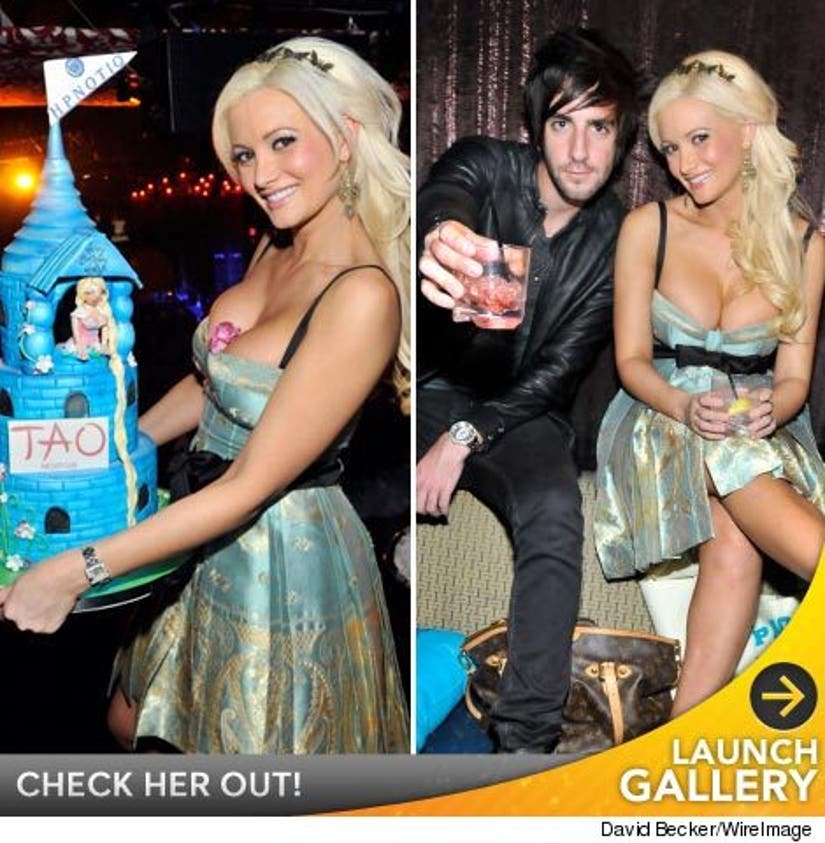 Madison, whose b-day isn't actually until December 23, started the festivities early with a big dinner at The Palazzo's LAVO, followed by a bash at The Venetian's TAO.

TooFab has learned Madison's new boyfriend, All Time Low's Jack Barakat, surprised Holly with some sparkle for her special day -- giving her a necklace from Simon G. Jewelers.

That wasn't Holly's only surprise of the night though -- party sponsor Hpnotiq also presented the Peepshow star with a $1,000 check in her name for the Lied Animal Shelter.

Check out all the party pics -- and get a closer look at her awesome Rapunzel cake from Gimme Some Sugar!