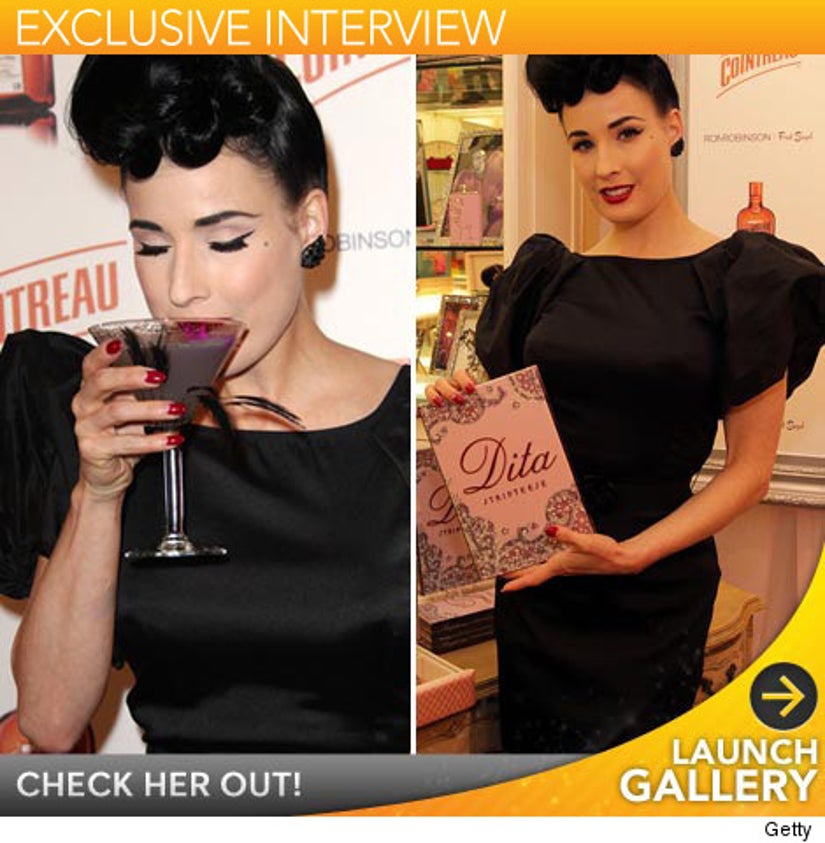 "I'm going to stay [home] and have a nice romantic Christmas with my boyfriend [Count Louis Marie de Castelbajac], and maybe have a party with my friends," she told TooFab at the launch of her "My Private Cointreau Coffret" in L.A. "I went to see my family for the Thanksgiving holiday, and just decided I'm going to lay off the flying for now and just rest."

And Von Teese got a head-start on Christmas gifts--she's already got herself one! "I like to get myself big gifts, so I just bought a 1946 Ford convertible, so that's my Christmas present!"