The guys from "Fast & Furious" are revving up their engines once again -- and the just-released trailer for "Fast Five" shows the franchise isn't running out of gas just yet. 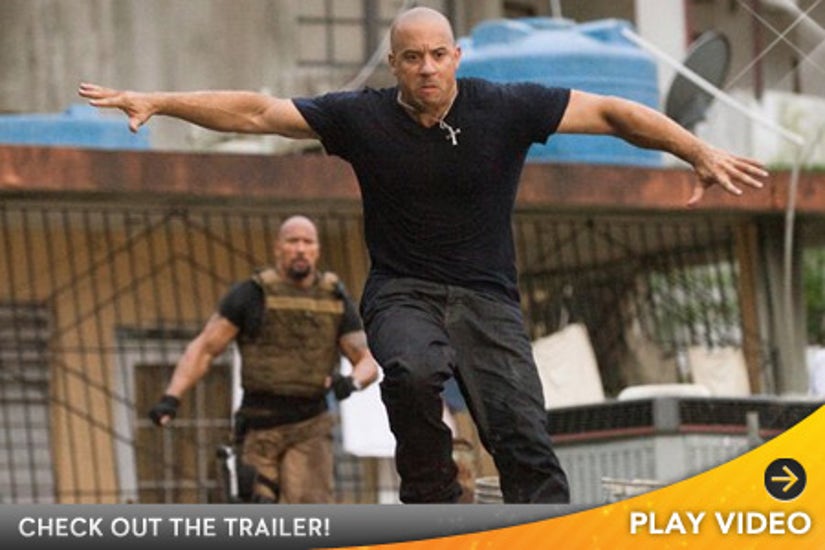 The preview was released on Vin Diesel's Facebook page moments ago, showing him, Paul Walker, Jordana Brewster and Tyrese Gibson on the run from a federal agent, played by Dwayne "The Rock" Johnson.

The movie opens next April.