For actor James Frain, who plays an evil henchman in the sci-fi film "TRON: Legacy," getting into character -- literally! -- was quite an ordeal, he tells TooFab. 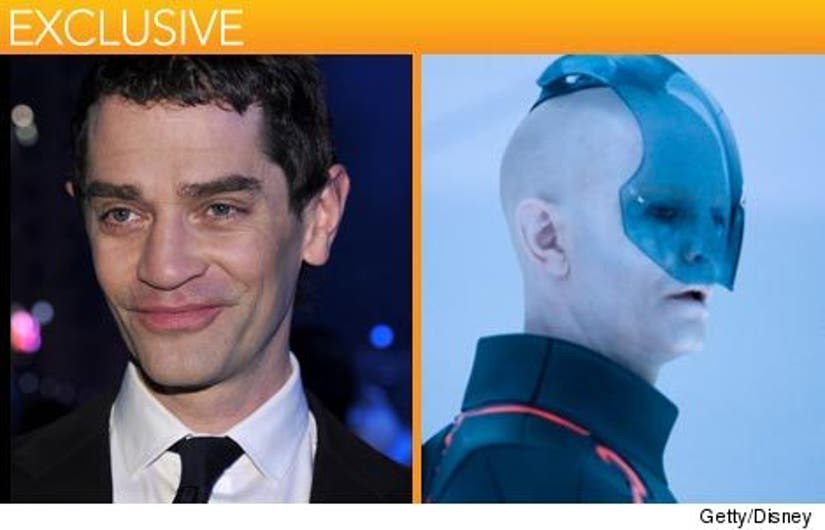 "The whole make-up and costume preparation everyday took about an hour and a half, because of those pieces [of costume], they're kind of built like a second skin, and they're very thick and strong," British-born Frain, 42, tells TooFab. "It takes about two to three people to pull all the different pieces on and I had to be shaved everyday! And my eyebrows were bleached white because you can't really paint them without the bleach being there. So I was quite a striking figure strolling around Vancouver while we were shooting!"

Frain says it would make a perfect Halloween costume, but it's easier said than done. "I think that would be just genius. Unfortunately I can't get my hands on it ... We'd probably be arrested for trying to take if off-set!"

And what did his two children with wife Marta Cunningham think of his "TRON" get-up? "They just saw it the other day. They just saw a picture of it, and they were like 'what? huh? whoa?' They thought it was cool, but strange cool. They're too young to really understand it right now."

While his kids may be intrigued by their dad's costume, they won't be seeing it on-screen. "They aren't old enough, they're not there yet," he tells TooFab. "It's too scary, the music's very scary."

For more on "TRON: Legacy," check out our Movie Spotlight!