"Twilight" star Peter Facinelli is in costume again while the gang shoots "Breaking Dawn" in New Orleans -- but he isn't dressed as a vamp! 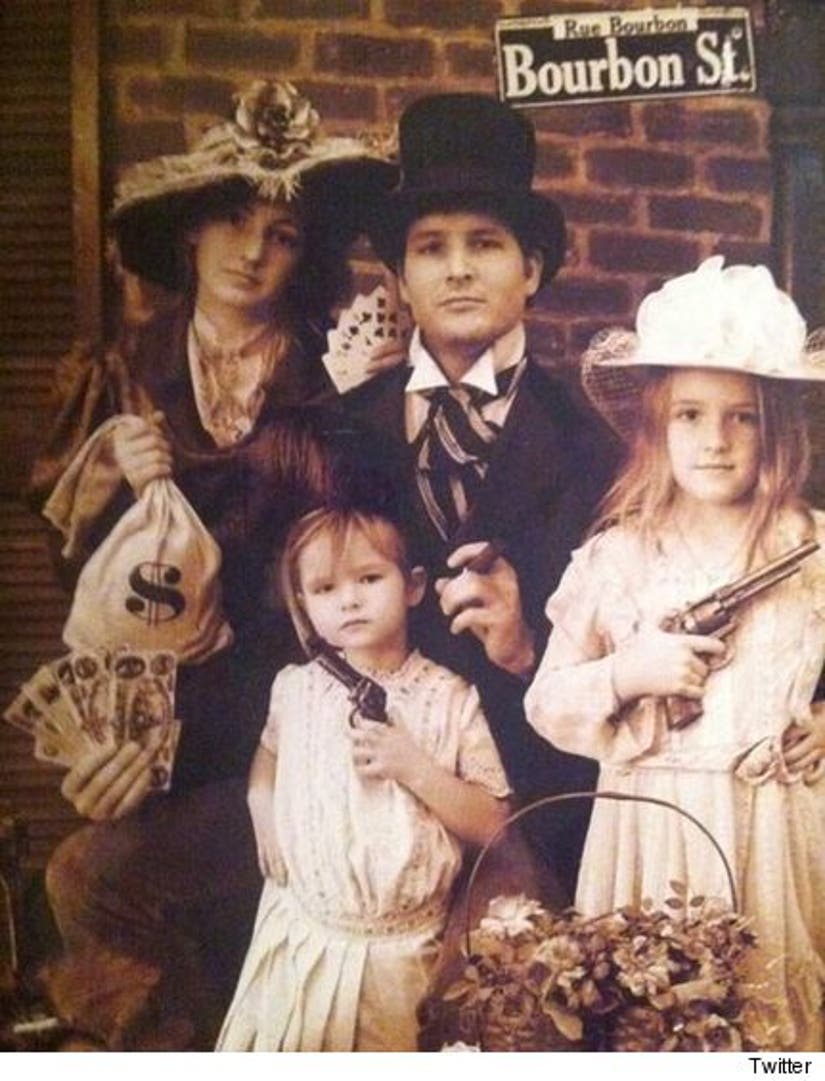 Facinelli, who plays Carlisle Cullen in the flicks, posted this adorable pic of him and his children with Jennie Garth on his Twitter last night -- showing them all dressed up in one of those old western gangster portrait studios.

Other cast members have been spotted in Louisiana for shooting: Dakota Fanning, Jamie Campbell Bower, Christopher Heyerdahl, Cameron Bright and Michael Sheen were all on set last week.