Kim Kardashian's budding relationship with New Jersey Nets basketball player Kris Humphries shows no signs of slowing down: She met with his family in Minnesota on Saturday, TooFab has exclusively learned. 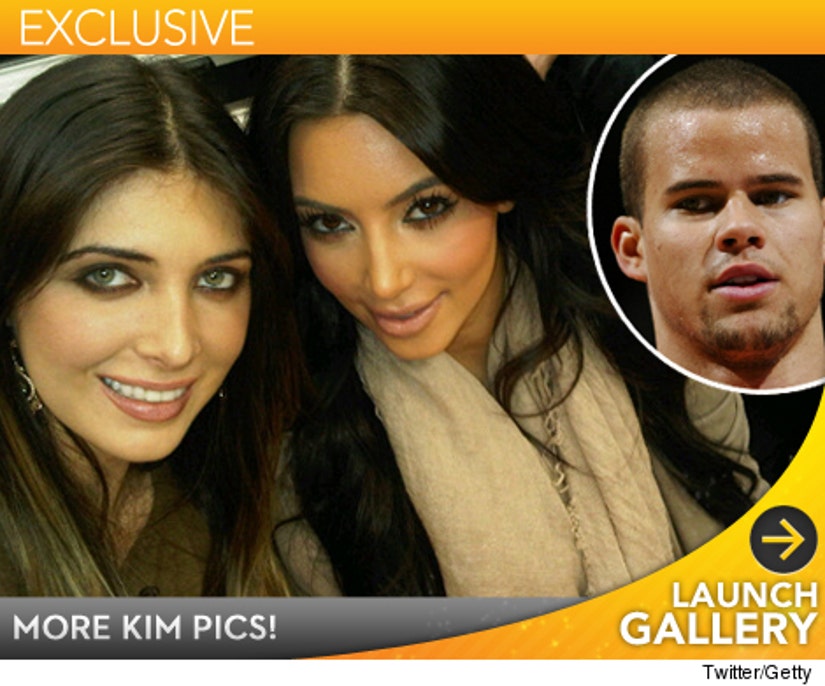 Kim traveled to Minnesota Saturday morning with pal Brittny Gastineau to cheer on her beau, whose team was taking on the Minnesota Timberwolves. Kardashian and Gastineau sat in courtside seats, opposite the Nets bench. Gastineau tweeted this photo (above) of the pair in their seats at Target Center.

And a source tells TooFab that Kim's trip included face time with Humphries' family, who lives in Minnesota. Humphries' family shares a similar fascination with the letter "K": His sisters are Krystal and Kaela. Kaela tweeted Sunday, "Such a fun weekend."