Nick Lachey celebrated some of his last minutes as a free man last night in Las Vegas.

Lachey and a large group of guys, including brother and former 98 Degrees star Drew Lachey, celebrated Nick's bachelor party Friday at TAO Nightclub at The Venetian. 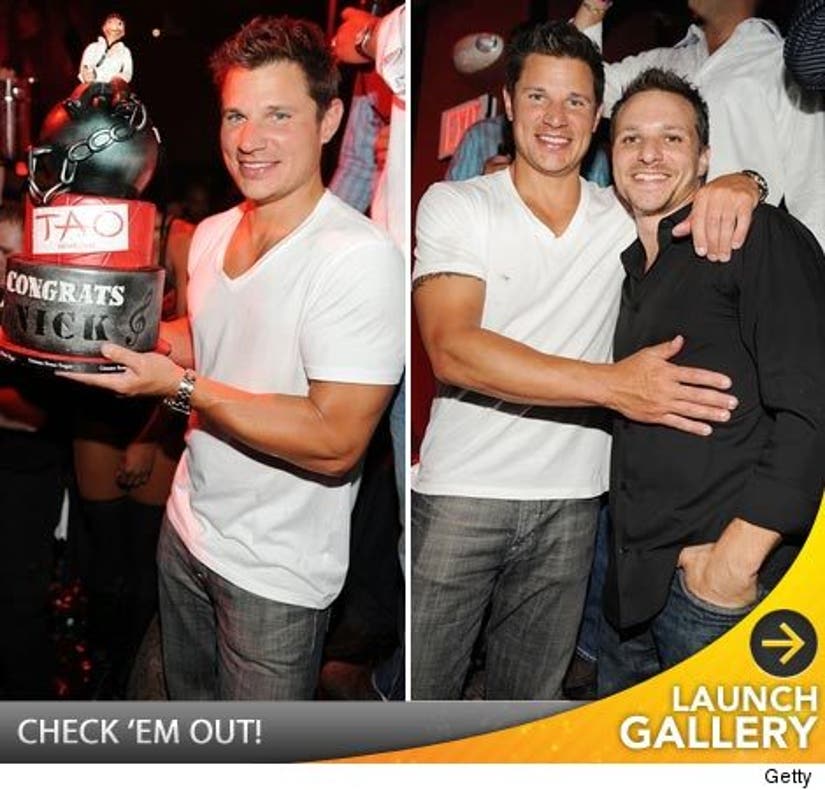 Inside the bash, Nick was presented with a giant cake -- with a ball and chain reading "Property of Vanessa" on it, a reference to his bride-to-be Vanessa Minnillo.

Nick and Vanessa, who had her bachelorette party in Vegas last month, will be filming their upcoming nuptials for a TLC special, which Lachey described last night on the red carpet.

“It's going to be an intimate thing; it's not going to be a big, blown-out, 400-person ceremony in Central Park or anything like that," he told OK!. "It's for us, it's for the people in our lives who are close to us and mean a lot to us. That's the way we wanted it, and I'm happy we're able to do it that way.”

Check out the party pics!