The Chicago Ultimate Tumblers made it through to Hollywood last night -- but it didn't look like a sure thing after one of their acrobatics went horribly awry. 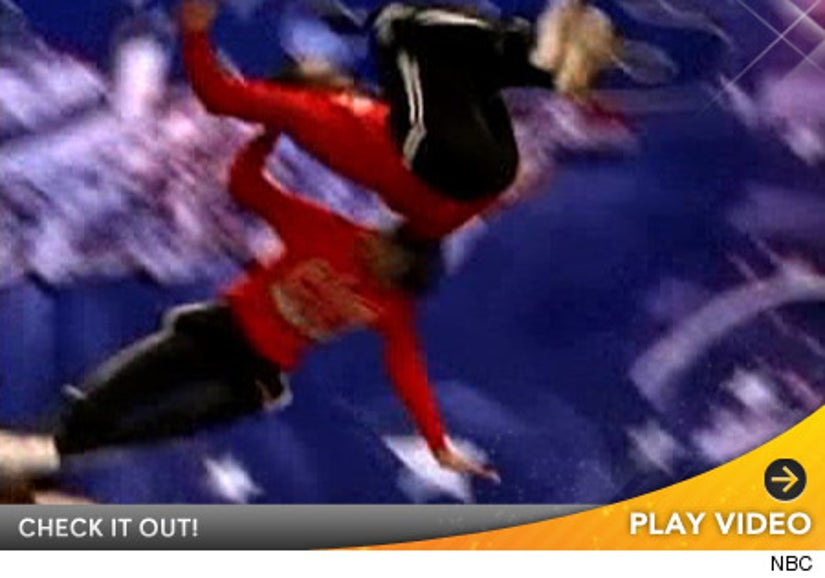 The Tubmlers did an incredible routine consisting of teenagers flying through the air over a 14-year-old girl -- who was taken out by one of the jumpers after standing on the backs of two other team members.

The judges were visibly shocked by the accident -- but the girl, like a pro, got right back up on their backs and continued the routine.

Despite the mishap, all three judges gave the group a pass to Hollywood.

Their routine wasn't the only shocking thing last night, as early favorite Cindy Chang -- who was dubbed the next Susan Boyle -- was surprisingly eliminated.