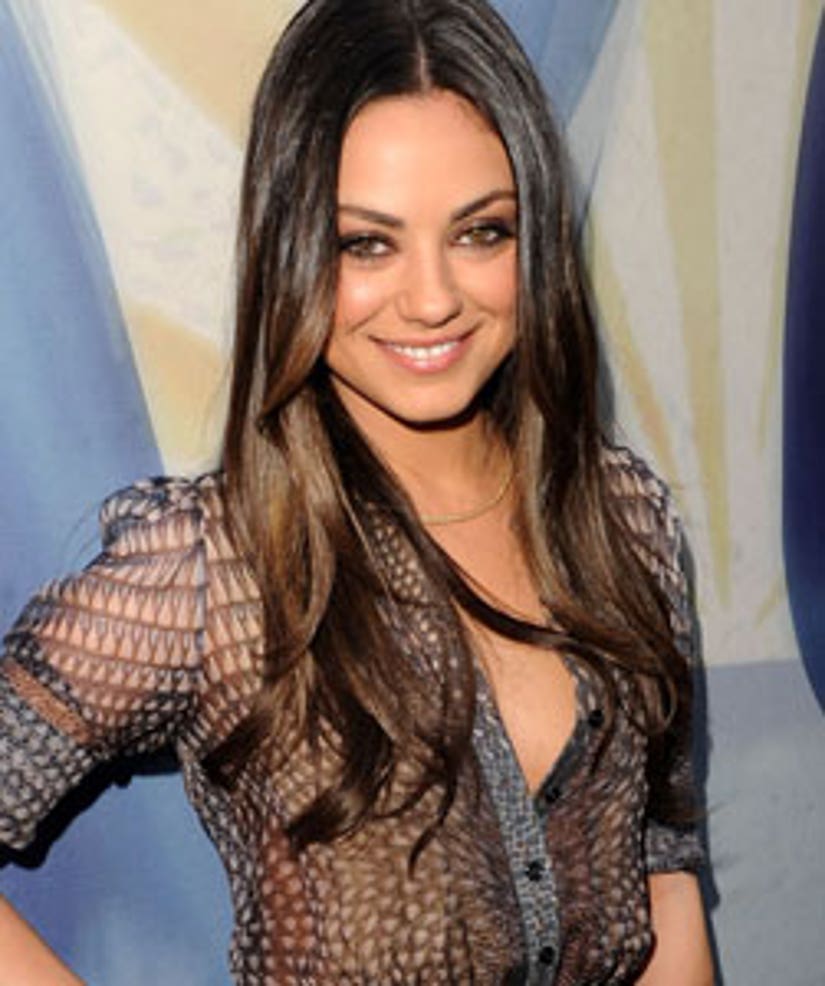 One lucky marine is going on a dream date ... with Mila Kunis.

Last week, Sgt. Scott Moore of the 3rd Battalion 2nd Marines posted a short video asking the “Friends With Benefits” star to accompany him to the Marine Corps Ball on November 18th in Greenville, North Carolina.

“Hi Mila, I just want to take a moment out of my day to invite you to the Marine Corps. Ball with yours truly,” a confident Moore asked from Musa Qala, Afghanistan. “So take a second to think about it and get back to me. All right, bye now.”

During an interview with Fox411 for the film, Kunis' co-star Justin Timberlake put the pressure on her to accept Moore's invitation.

“Have you seen this? Have you heard about this?" Timberlake asked. "You need to do it for your country!”

After discussing it with her publicist, the actress, who split from longtime beau Macaulay Caulkin earlier this year, replied, “I'll go, I'll do it for you,” she told Timberlake. “Are you going to come?”

“They don't want me! They want you,” Timberlake responded. “You need to do it for your country.”

“I'll do it,” Kunis confirmed.

No doubt Moore will be the envy of many of his fellow marines come November!