Kat Von D has many tattoos, but she recently got one she's probably regretting right about now: Jesse James' face!

In a sneak peek clip from the new season of "LA Ink," filmed way before Kat and James split, the tattoo artist surprises her man by showing him her latest ink -- which was a school portrait of him from the fifth grade. 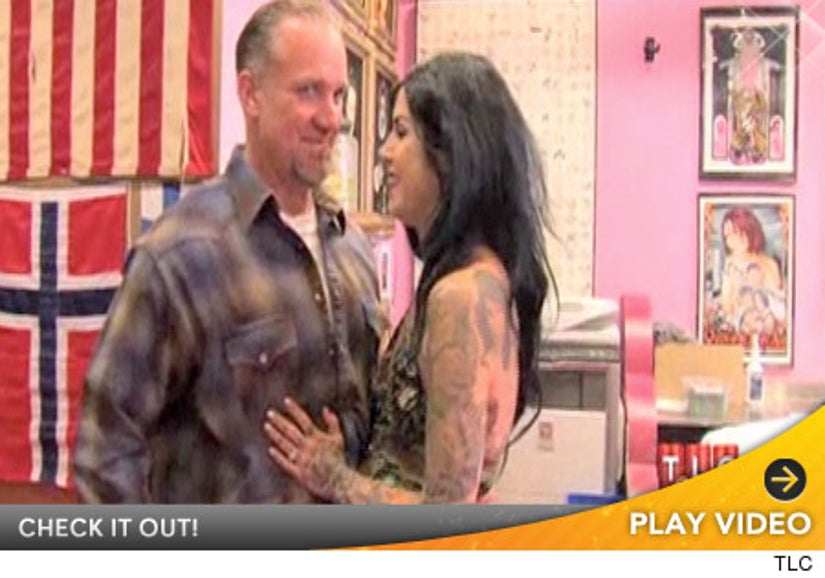 "You're crazy!" Jesse says upon seeing her new body art, before telling Kat "I love you."

Kat was definitely nervous -- telling Jesse "I thought you were going to tell me you're breaking up with me" after seeing it.

The new season of "LA Ink" -- which will feature Jesse prominently -- debuts Thursday night on TLC.