Matthew Morrison does a mean moonwalk! 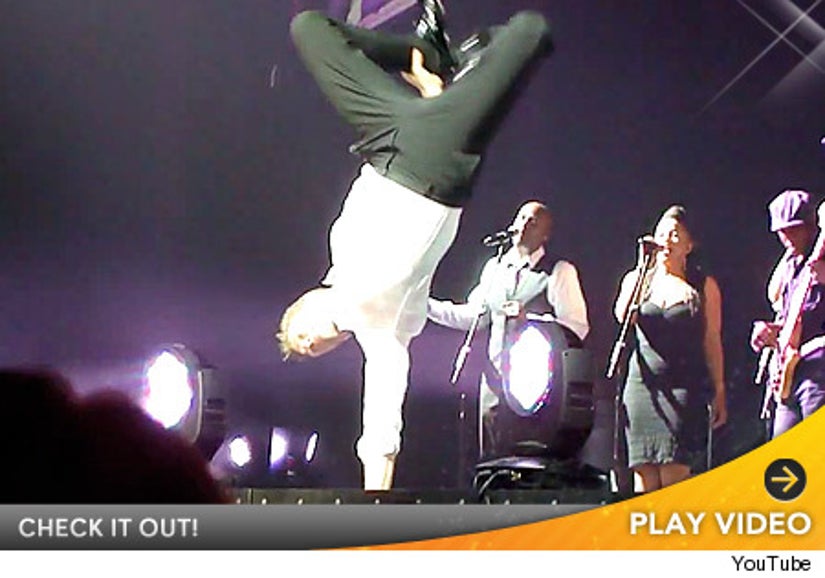 The "Glee" star has been opening for NKOTBSB on the latest leg of their tour -- and ends his show with a dance tribute to three legends: Gene Kelly, Patrick Swayze and Michael Jackson.

Morrison can be seen busting some ridiculous moves during this fan-shot performance of "Don't Stop Dancing," including Jackson's moonwalk and crotch grabs.

He even does some breakdancing mixed in with some more musical-friendly moves, seen here in Hamilton, Ontario on Saturday night.

While he only occasionally dances on "Glee," Morrison got his start on Broadway -- where he originated the role of Link Larkin in "Hairspray."

What do you think of Matt's moves? Cool or embarrassing?