Khloe Kardashian and Lamar Odom have a new home!

The reality starlet and her NBA player husband have settled in Dallas, where Lamar is playing for the Mavericks. E! -- the network behind the Kardashian reality shows -- reports that the couple has settled upon a $7,500/month lease in the posh W Dallas.

The condo boasts 2 bedrooms and 2 baths, one of which contains a giant standalone soaking tub (which is still probably too small for the 6'10" forward). There's a shoe closet for Khloe's many Louboutins, a pool table, and a stunning wet bar. There's plenty of open space for a camera crew to maneuver around in too. 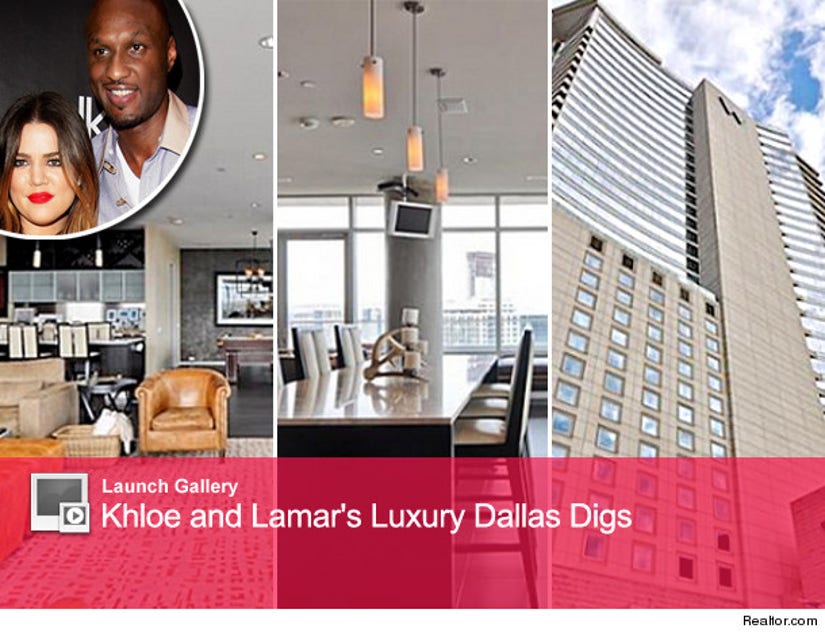 Lamar's contract runs through 2012-13, so it's probably smart that they're leasing instead of buying. Check out 20+ photos of their new Dallas digs, above!