Awards Season is here! While Hollywood has been breaking out the jewels, gowns, tuxes and spray tans, we here at toofab have been conducting copious amounts of research to figure out who is going to win the trophies at the Golden Globes this Sunday … and who we think should win!

Best Performance by an Actor in a Motion Picture - Drama

Will win: All of this year's (handsome) leading men delivered great performances in very, very different films, but we expect the prize to go two-time Globe winner George Clooney.

In “The Descendants,” the 50-year-old delivers an emotional and complex portrayal of a father struggling to deal with the impending death of his wife -- while really getting to know his children for the first time. The performance has captivated critics and audiences alike, and The Hollywood Foreign Press Association won't overlook him in this role.

Should win: Not many people saw the gritty film “Shame,” probably due to its NC-17 rating, but Michael Fassbender delivers a gut-wrenching performance as a man suffering with sexual addiction. He bares it all in the flick, both figuratively and literally, but the material may just have been too racy to earn him a trophy. 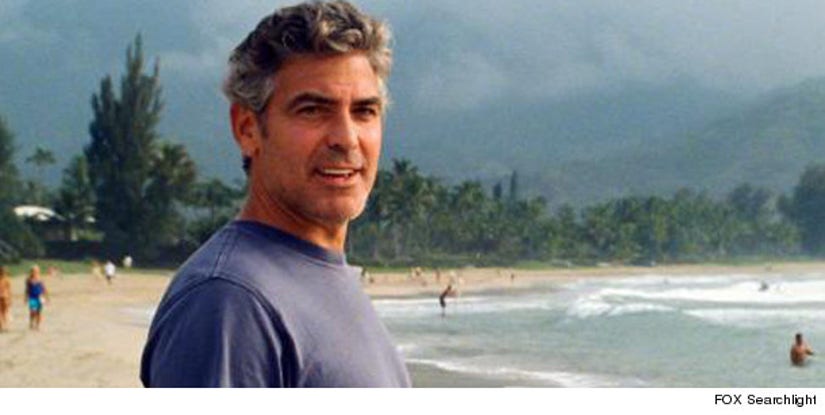 Best Performance by an Actress in a Motion Picture - Drama

Will win: This is Meryl Streep's 26th(!!) Globe nomination, and will be her 8th win. The 62-year-old talent delivers a spot-on performance as British Prime Minister Margaret Thatcher in “The Iron Lady.” The HFPA loves Meryl … and biopics -- especially ones about international figures – so this is pretty much a lock.

Should win: We agree that Ms. Streep is a living legend, but Viola Davis' tear-jerking turn as a black maid living in the Civil Rights-era South in "The Help" is definitely award-worthy. Tilda Swinton also delivers a stand-out performance as a mother struggling with the realization that her son is a sociopath in "We Need To Talk About Kevin." All three of these leading ladies are deserving of a statuette.

Will win: There is a lot of buzz surrounding several of the nominated dramas, but we can't deny the attention being given to “The Descendants.” The HFPA loves some George Clooney, and though the man himself is nominated in this category for producing “The Ides of March,” we can see the voters leaning more toward honoring the emotionally-charged “The Descendants.”

Should win: “The Help” has material that screams for a best picture award, but the innovative “Hugo” has been lauded for its different, magical appeal.

Will win: Jean Dujardin is a lock in this category. The 39-year-old captures your heart in “The Artist,” using little more than his facial expressions and muted charm. The HFPA loves honoring international talent, and with a performance like this – in a black-and-white, silent film -- Jean is a shoo-in. 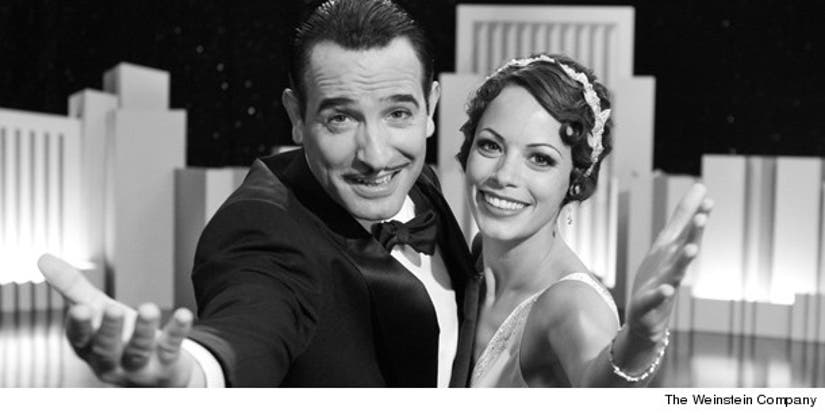 Will win: With two previous nominations, this is Michelle Williams' year to take home a trophy. The 31-year-old so completely transformed herself into the 50s sex symbol in “My Week with Marilyn,” that we think even Miss Monroe would approve.

Should win: Remember that girl that we all hated in high school? The stunning Charlize Theron embodies her, in all her annoying glory, in “Young Adult.” Plus she has sex with Patton Oswalt in the film. Doesn't that call for some kind of award? (Kidding, we love you, Patton!)

Will win: A black-and-white, silent film + the HFPA (who love honoring movies that think outside the box) = a best picture statuette for “The Artist.”

Should win: To be honest, we are on board with all of the nominees in this category, but the one film that stands out is “Midnight in Paris.” Woody Allen takes the audience on a fantastical journey we've not see before, and the script, the setting, the acting … everything about this one is just wonderful.

Will win: Christopher Plummer stole our hearts in “Beginners” as a 75-year-old man who, after the death of his wife, comes out of the closet and starts living his life as a gay man. This eye-opening journey of self-discovery is beautifully captured by Plummer, as is the heartbreaking deterioration as he succumbs to cancer.

Will win: In such a heavy-handed movie as “The Help,” Octavia Spencer delivers welcome comic relief in an irreverent and sassy way. Her performance as Minny shines and we can see her being honored with a trophy.

Should win: This category is tough. Berenice Bejo stuns in “The Artist” and Shailene Woodley is wonderful in “The Descendants,” her big screen debut. This was Jessica Chastain's year though, starring in numerous films in various genres, but her nomination for “The Help” will be outshined by her co-stars. In other words, we'll just stick with being happy with an Octavia win in this category!

Will win: Martin Scorsese is no stranger to award nominations, and though the Oscar had eluded him for years (he finally won for “The Departed” in 2007), the Globes have been kinder. We can see the HFPA doling out another statuette to the 69-year-old for his magical “Hugo.”

Should win: In a time where every film is in 3D, Michel Hazanavicius did a masterful job with the black-and-white, silent “The Artist,” but we would like to see this award go to Woody Allen for “Midnight in Paris.” The HFPA has never honored Woody with a directing Globe, and his work on this film is more than worthy.

Find out all the big winners when the 69th Annual Golden Globe Awards air this Sunday on NBC! Be sure to come back to toofab for a complete list of winners, red carpet photos, and more!