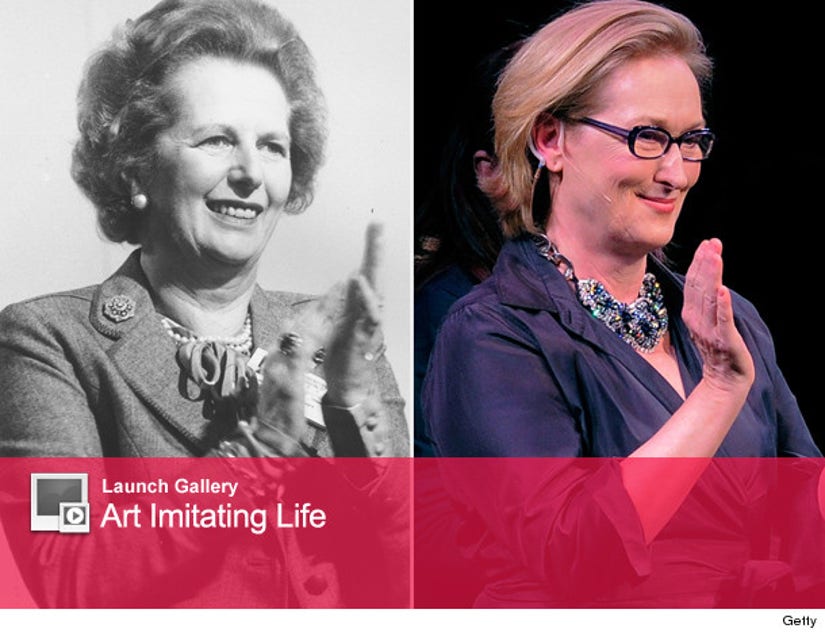 Meryl Streep is up for a Golden Globe this weekend -- which also marks the wide release of her new Margaret Thatcher biopic, "The Iron Lady."

Since 2000, more than half of the acting awards at the Globes for film went to actors and actresses who portrayed "real" people, including Leonardo DiCaprio in "The Aviator," Charlize Theron in "Monster" and Helen Mirren in "The Queen."

While "Iron Lady" isn't generating the best reviews, Meryl's performance as the former Prime Minister is.

Do you think the Hollywood Foreign Press Association will continue its tradition of awarding biographical films this year? If so, Meryl, Michelle Williams, Viggo Mortensen and Leo DiCaprio may have a leg up on the competition.

Check out the gallery above to see which other stars have played famous faces from history!