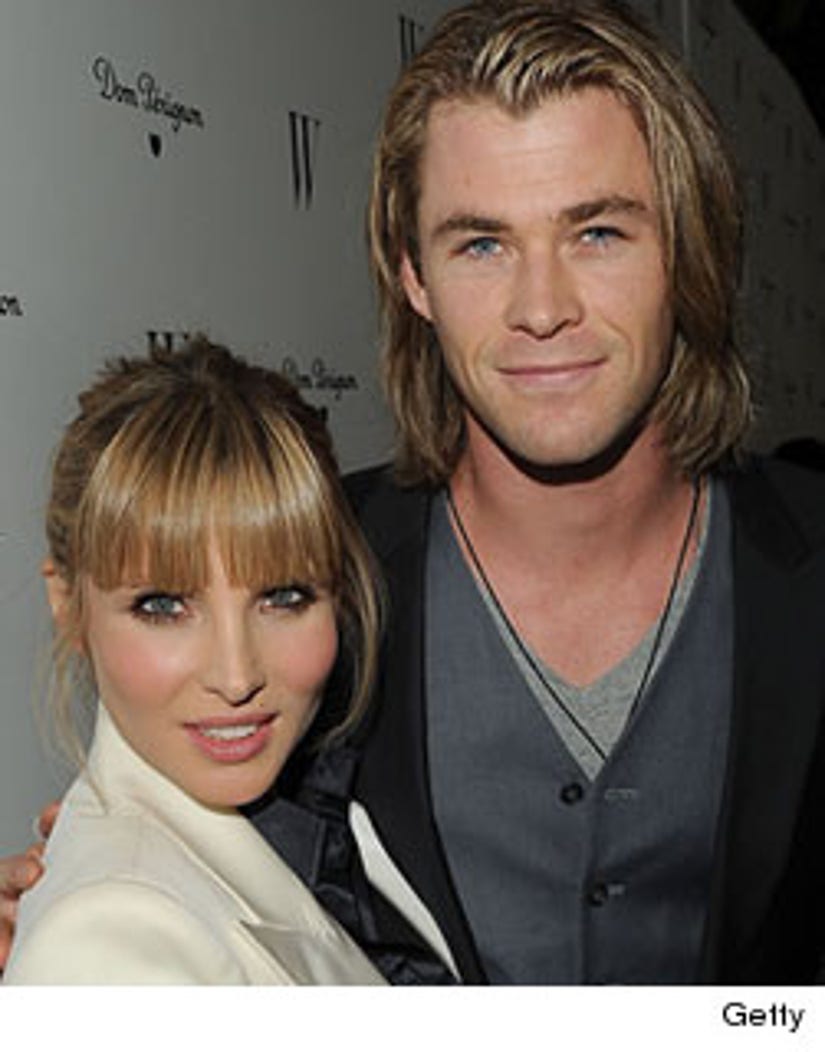 There's a mini-“Thor” on the way – Chris Hemsworth and his wife Elsa Pataky are expecting a baby!

The couple will welcome their little one in the spring, US Weekly confirmed. This is the first child for Chris, 28, and Elsa, 35, who just celebrated their one year wedding anniversary on Dec. 26.

Elsa, a native of Spain, told Hola! magazine “Chris and I are ecstatic, very happy and excited.”

She went on to add that Chris is going to have to brush up on his Spanish skills: “I'm only going to speak to the baby in Spanish. I already told my husband, 'Get ready fast with Spanish because, if not, you're not going to be able to understand what we say.”

Chris, an Australian native who shot to international stardom in “Thor” last year, will reprise the role in the upcoming comic book film “The Avengers,” in theaters May 4. He also stars as The Hunstman, opposite Kristen Stewart's Snow White, in “Snow White and the Hunstman,” out June 1. His wife is no stranger to film herself -- the beauty starred in last summer's hit “Fast Five.”