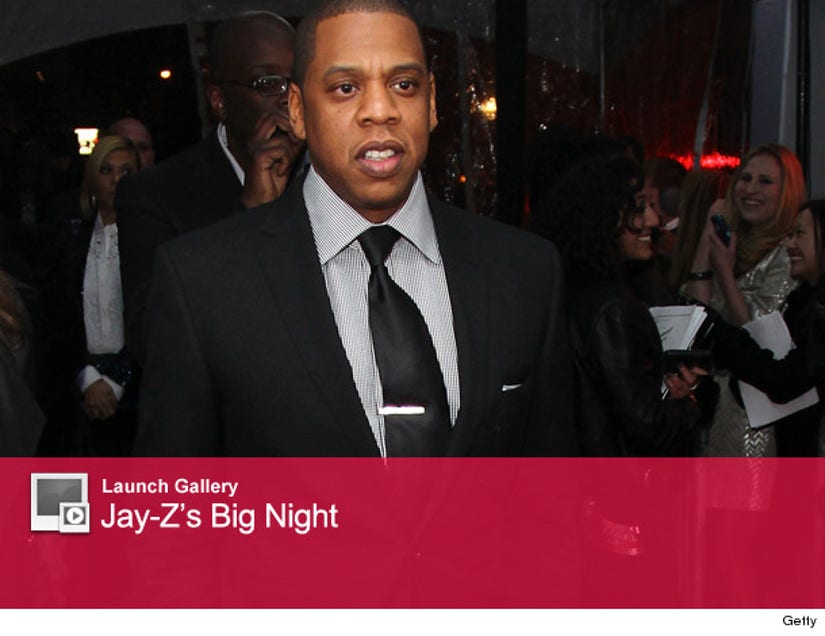 There were rumors that Beyonce would make her first appearance since giving birth at the re-opening of Jay-Z's club, 40/40, last night in NY -- so ... did she?

Unfortunately, no. Though the former Destiny's Child member is keeping her post-baby bod under wraps for now, but Blue Ivy's proud papa was in attendance.

Jay hit the red carpet for the first time since baby Blue's birth on Wednesday, where he was joined by Ashanti, Russell Simmons, "Mob Wives" star Renee Graziano and even Warren Buffet -- who did Hova's famous hand sign!

Check out the party pics above.