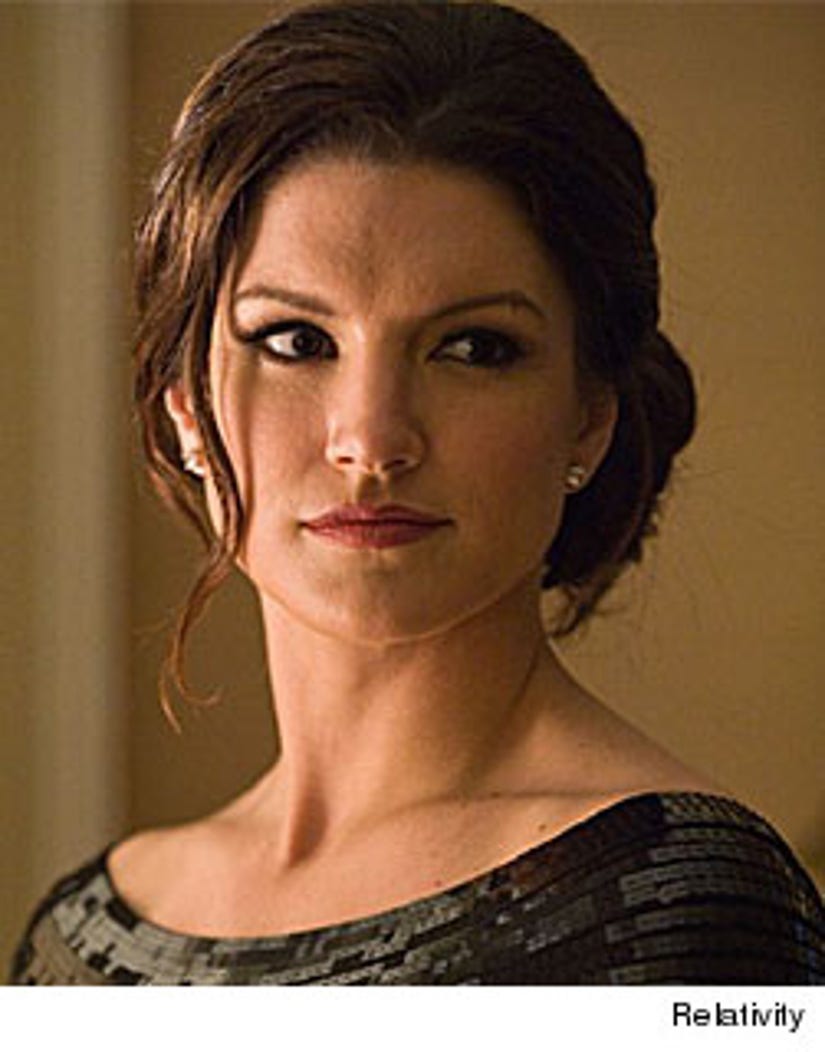 The action-packed spy film “Haywire” hits theaters on Friday, and it marks the film debut for its gorgeous leading lady Gina Carano! You may have already heard that Gina is a professional fighter, but here are 10 things you didn't know about the newly minted film star.

3. She's a Gladiator – Gina was known as “Crush” on the competition show “American Gladiators.” That's pretty much what she did to competitors.

4. She can't sleep – The Texas native is a self-proclaimed insomniac. And when she does finally fall asleep? She dreams about the end of the world. Yikes, that would make us insomniacs too!

5. She masters all areas of fighting – Known as the “Face of Women's Mixed Martial Arts,” Gina can do it all – Muay Thai, Karate, Jiu Jitsu, Judo, wrestling, boxing, Sambo, kickboxing and Kung Fu. This bad-ass participated in the first-ever sanctioned MMA bout in Nevada … and beat her opponent in 39 seconds.

6. She's afraid of heights – Or should we say, she was afraid of heights. A key scene in the film called for Gina to run across rooftops, and while she was terrified before filming, her training helped her get to the point where she “couldn't wait to get up there…and jump from one to the other.”

7. She really had no idea what acting entailed – Gina admits that she was so inexperienced when she first got to set that hottie co-star (and fight partner) Michael Fassbender had to teach her how to run lines with another actor.

8. Oscar winners intimidate her (go figure) – The 29-year-old confessed that her scene with two-time Oscar winner Michael Douglas was the most intimidating experience of the entire shoot. “I think we all stepped it up a notch knowing Michael was there,” she said. “I know I certainly did.”

9. She gets hurt – Director Steven Soderbergh called Gina in for their first meeting to discuss the part … and she showed up sporting a black eye that she'd earned in a battle the previous week.

10. Even a fighter needs more training – In order to prepare to take on the role of a spy, Gina underwent extensive special-ops training that included two months of boot camp in a warehouse in downtown L.A. She also learned weapons basics, how to handle a motorcycle, and maybe most importantly, how to not hit her fight opponents – though she did accidentally knock a few down before getting the hang of it. Oops.

Be sure to catch Gina in her big screen debut when "Haywire" hits theaters Jan. 20!