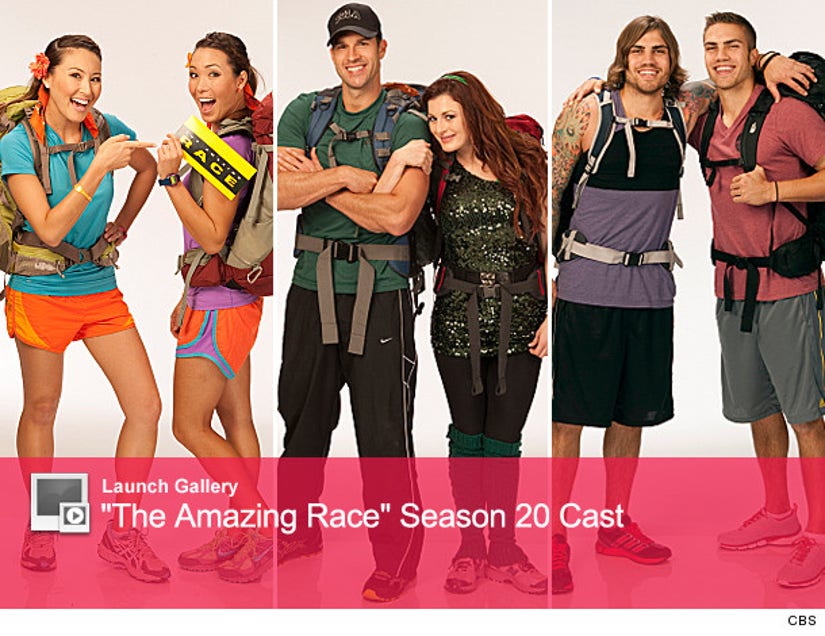 This morning, the duo was announced as one of the 11 teams on the 20th season of "Amazing Race" -- which also includes hot twins, border patrol agents and married clowns.

This time around, the contestants will race through 22 cities and 40,000 miles -- including stops in Paraguay, Azerbaijan and the German castle that served as inspiration for the one in "Sleeping Beauty."

The show, which has won the Emmy for Reality Competition 8 times in 9 years, returns Sunday Feb 19 on CBS with host Phil Keoghan.

See all the team shots above!