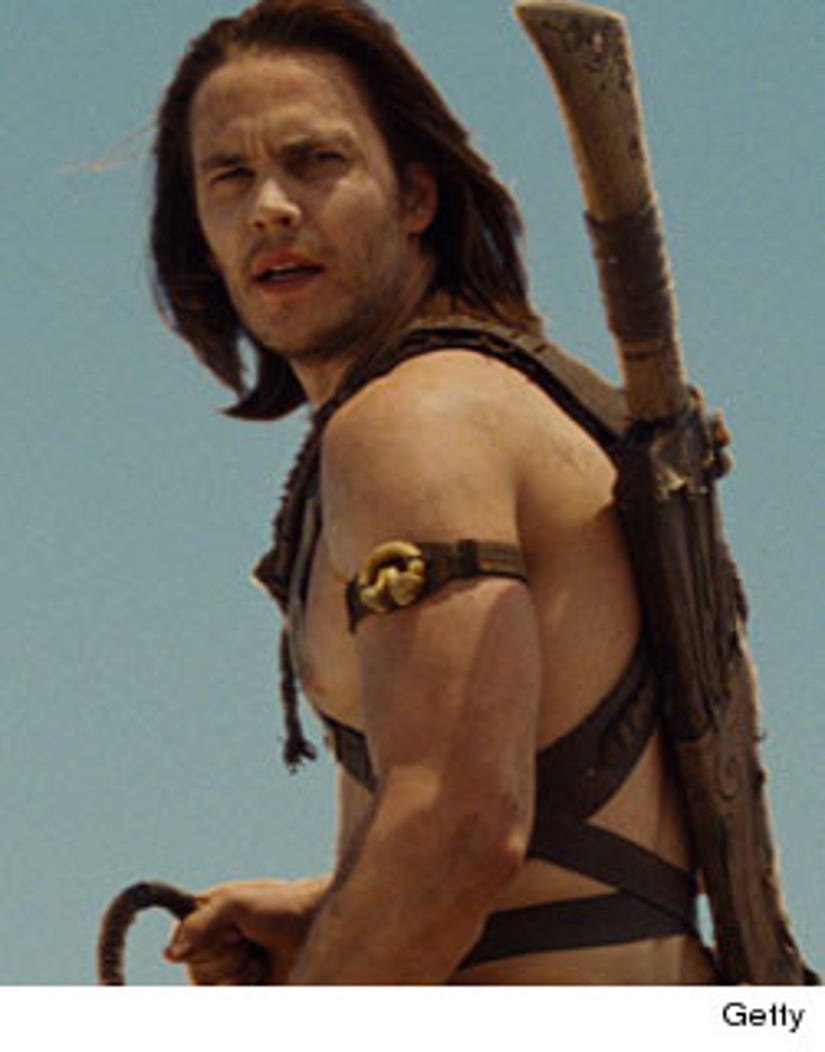 The "Friday Night Lights" are far beyond Taylor Kitsch now. These days, if he sees something bright on the horizon, chances are it is extraterrestrial.

"That's how I pick my roles," the 30-year-old British Columbian-born actor explained. "'Wait, is there aliens in it? Oh well, why am I doing it, why would you call me if there are no aliens in it?' That's basically how it goes."

He's joking, but it's true. Kitsch has leading roles in two big movies this year - "Battleship" and "John Carter" - that will see him leave the small town Texas football scene of the critically acclaimed "FNL" TV series for the big screen world of sci-fi.

First up is Disney's interpretation of Edgar Rice Burroughs' novel, released in March. "John Carter" sees Kitsch play a former military captain who is transported to Mars, a planet being torn apart by war.

It's directed by Andrew Stanton - of "Finding Nemo" and "WALL-E" fame - who is helming his first-live action movie.

Carter gets caught up in the conflicts and jumps into battle with a sword, loin cloth and plenty of muscle. Kitsch said Stanton insisted on a grueling regimen to get him mentally and physically prepared.

"It's the most boring diet you could think of, really, it was four months before and seven months during, so an eleven-month regimen with that. Good times," he told The Associated Press in an interview. "Training at 4:30 in the morning before you go to work, and then training for the four months before as well. And then during the day, you're training as well before takes."

But he said it was portraying Carter's feelings that really drained him.

"I'd say the emotion is probably the toughest thing especially, it's quite heavy some of the stuff he goes through," he said.

After that, it's Peter Berg's "Battleship," which also stars Liam Neeson, Alexander Skarsgard and features Rihanna in her movie debut. Loosely based on the classic naval combat game from Hasbro, it sees five ships take on another five ships from a different planet.

"Battleship" reaches U.K. theaters April 13 before hitting the U.S. in May.

The Canadian actor says he really enjoyed collaborating with his old "FNL" executive producer Berg on his "Battleship" role of naval officer Lt. Alex Hopper. There are still aliens but this time instead of a dusty planet there's a lot of ocean.

Kitsch says he found his sea legs pretty quickly, which was good because the crew spent several weeks shooting on the water and some scenes had him blown straight into the ocean.

"So many variables come into play, obviously time consuming, you're always fighting the light apparently when you're shooting outside," he noted.

Still, Kitsch was very happy with the result.

"It's seamless the way they've done it," he said.